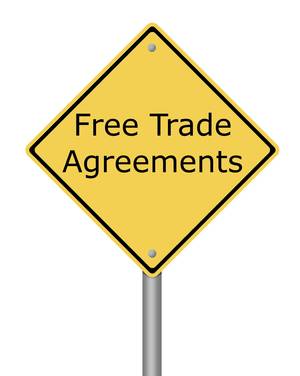 VIENNA - Prime Minister Lee Hsien Loong arrives in Austria on Wednesday (Oct 17) for an official visit, and will travel on to Belgium for a biennial summit of leaders from Asia and Europe.

He will also sign a landmark free trade agreement between the European Union (EU) and Singapore in Brussels.

Austria is the current president of the EU Council, while Singapore is chairman of Asean this year, and both countries are keen to seize the momentum to strengthen cooperation between Europe and South-east Asia.

In Vienna, PM Lee will meet Austrian Federal Chancellor Sebastian Kurz, who will host him to lunch, the Prime Minister’s Office said in a statement.

The leaders will witness the signing of a Memorandum of Understanding on Cooperation in the Area of Digitalisation and Information and Communications Technology.

The agreement covers the exchange of information and best practices in areas such as digitalisation, electronic commerce and emerging technologies.

Chancellor Kurz visited Singapore in August this year, and PM Lee noted then that both countries can do more to create new areas of cooperation between each other and their regions.

Mr Kurz, who took office last December (2017), had said both regions could work together to better coordinate their efforts in tackling climate change and improving cyber security.

He will then go to Brussels to attend the 12th Asia-Europe Meeting (Asem) Summit on Thursday and Friday.

Asem is an inter-governmental dialogue platform that seeks to strengthen understanding and cooperation between the two continents, and has 31 European and 22 Asian members today.

The theme of its leaders’ meeting this year is Europe and Asia: Global Partners for Global Challenges, and it comes as countries on both continents are keen to deepen links at a time when multilateralism is under strain. Topics for discussion include climate change, and keeping trade free and open.

The agreement is the first to be concluded between the EU and an Asean country and is seen as a pathfinder towards an eventual Asean-EU FTA.

PM Lee will be accompanied by Foreign Minister Vivian Balakrishnan and Minister-in-charge of Trade Relations and Minister for Communications and Information S. Iswaran.