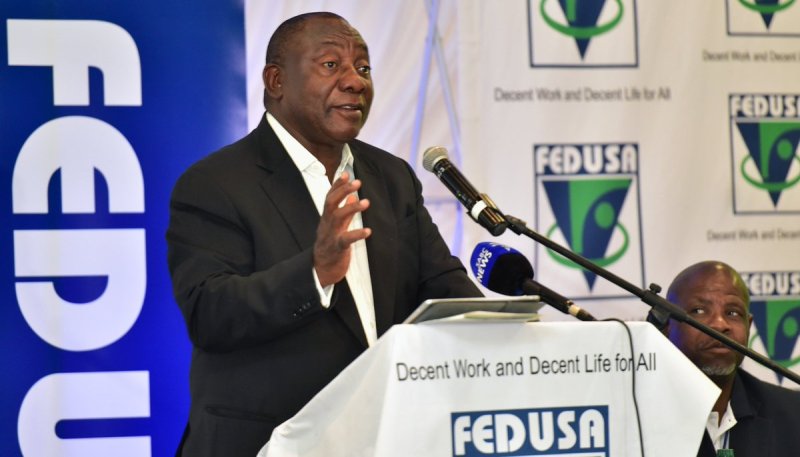 Davies was speaking at a briefing on the AfCTFA in Pretoria on Monday. He likened the agreement, in its current form, to a circuit board which was missing transistors.

The agreement is part of a plan to broaden trade across regional and economic communities and has merit, Davies explained.

Although SA did not join the agreement along with 44 other African countries at the 10th Ordinary Session of African Union (AU) Heads of State last week, President Cyril Ramaphosa signed the Kigali Protocol indicating SA’s commitment to join the AfCTFA in future.

Ramaphosa said that he needed more time to “follow constitutional and internal processes” before signing the AfCTFA, Fin24 reported.

At the briefing Davies said that several countries signed the free trade document which is about 250 pages long, as well as a protocol on trading goods and services. He pointed out that the agreement was done “remarkably quickly” given the deadline of the summit, and as a result “a lot of work was not completed”, he said.

There are a series of annexes and appendices in the agreement which have not yet been legally scrubbed, he said.

“We have no problems with the overall broader content of documents. They are a circuit board. You have the board and design, but you do not have transistors and circuits linked up for it to work. Those have to come. There is not a tariff schedule.”

He went on to say that different countries have different constitutions and legal requirements. In SA there is a high bar before signing an international agreement. He said that the additional appendixes to the agreement are not yet in place and for this reason SA’s high bar requires that it cannot sign the agreement.

Additionally lawyers are required to consider the agreement. “Even if things were perfect, we did not have time for those processes,” he said. For this reason the declaration for the launch of the AfCTFA was proposed.

“The declaration is an inclusive, unifying document which expresses [SA’s] commitment to the process. SA wants to sign and will sign when the agreement is in a state that enables us to sign it,” he said.

He also noted concerns raised over the agreement by the Nigerian government that the AfCTFA would provide a conduit for imports coming from other parts of the world without significant value addition. This will undermine intentions of the agreement to support local industrialisation and production, Davies said.

This is why the “circuit board” has to be populated with the required elements to ensure the agreement is not abused, he explained.

Davies unpacked the benefits of the agreement, explaining that the continent as a whole provides a market that can support deep industrialisation along the value chain and higher diversification.

The African market is important to SA and in 2017 it was a R23.7bn market for SA exports, said Davies. SA imported R8.6bn from other African countries. “There’s a big trade surplus in our favour,” said Davies. Many jobs can arise from exports into the African continent.

“It’s fantastic on paper… but a free trade area could destroy the economy overnight and would further de-industrialise the country,” Parks said.

If all 55 AU members sign, the AfCTFA will be the world’s largest free trade area since the World Trade Organisation, which was formed in 1995 and will bring 1.2 billion people together with a combined gross domestic product (GDP) of approximately R24trn.