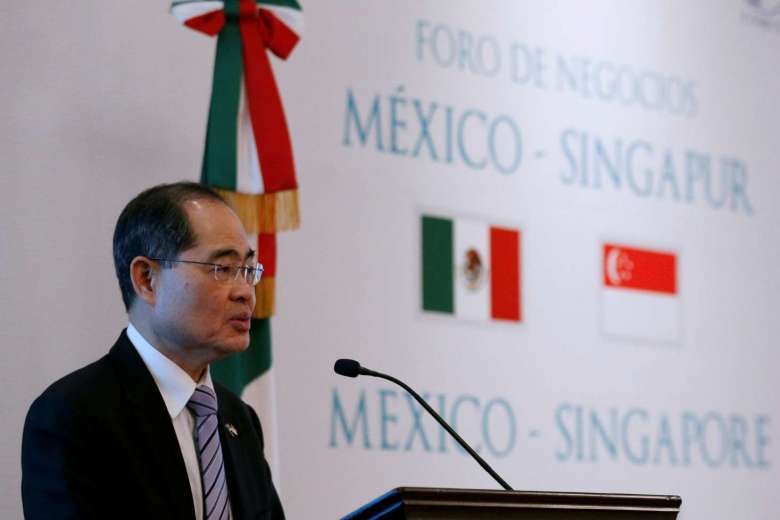 Singapore and Mexico signed a series of new cooperation agreements on Tuesday (Nov 19) that underscored the multi-faceted nature of ties between the two countries, and pledged to conclude a region wide trade deal by this year.

Among these were agreements to promote greater cooperation in water resource management, closer partnership in science and technology cooperation, and a renewed deal to team up on international development and tackle transboundary issues such as pandemic outbreaks.

Both leaders also looked forward to the successful completion of negotiations for a free trade agreement (FTA) between Singapore and the Pacific Alliance and supported the intention of concluding the process this year, the two sides said in a joint statement on Tuesday.

The Pacific Alliance is a grouping of four Latin American countries - Chile, Colombia, Mexico and Peru - that is collectively the eighth largest economy in the world, accounting for over 40 per cent of the gross domestic product of the 33 Latin American and Caribbean countries.

The leaders also underscored the importance of the Comprehensive and Progressive Agreement for Trans-Pacific Partnership (CPTPP), a high-standard agreement already in force between Singapore and Mexico, said the statement.

Trade and investment cooperation between Singapore and Mexico has grown in recent years, with bilateral trade in 2018 amounting to $4.7 billion, making Mexico Singapore’s second-largest trading partner in Latin America.

With Singapore and Mexico celebrating 45 years of diplomatic relations next year, both sides called for regular high-level political dialogue, and more frequent and active exchanges between their respective ministries and agencies to grow bilateral ties.

Commemorative activities in the works for next year include a tie-up between the National Museum of Singapore and Mexico’s National Institute of Anthropology and History on an exhibition of Mexican history, art and culture in Singapore in October.