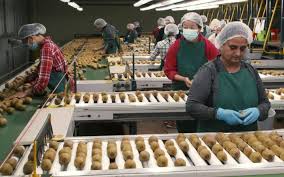 Singapore and New Zealand to step up cooperation in trade, defence and research

Singapore and New Zealand on Friday (May 17) signed a joint declaration to step up cooperation in four strategic areas, marking a milestone in their 54 years of diplomatic relations.

The establishment of the Singapore-New Zealand Enhanced Partnership, which was two years in the making, paves the way for the countries to intensify collaboration in the areas of trade and economics; defence and security; science, technology and innovation; and people-to-people links.

The joint declaration was inked at the Istana by Prime Minister Lee Hsien Loong and his New Zealand counterpart Jacinda Ardern, who is on her first official visit to Singapore.

Prior to the signing, Ms Ardern was given a welcome ceremony at the Istana, and she also called on President Halimah Yacob before meeting PM Lee.

In line with the Enhanced Partnership, five related agreements and memorandums of understanding were inked on Friday.

Among them is the upgraded Agreement between New Zealand and Singapore on a Closer Economic Partnership (ANZSCEP), which was signed by Minister-in-charge of Trade Relations S. Iswaran and New Zealand’s Minister of State for Trade and Export Growth, Mr Damien O’Connor.

The ANZSCEP, which came into force in 2001, was Singapore’s first bilateral free trade agreement, and New Zealand’s second such agreement.

The upgraded ANZSCEP builds on the original agreement by improving the trade rules to bring it in line with newer free trade agreements to which Singapore and New Zealand are parties, such as the Comprehensive and Progressive Agreement for Trans-Pacific Partnership.

Said Mr Iswaran: "Singapore and New Zealand are close and like-minded partners that uphold an open and rules-based trading system. The upgraded ANZSCEP will facilitate greater trade flows between both countries by reducing barriers to trade and addressing modern trade issues like e-commerce and regulatory cooperation."

Mr Iswaran and Mr O’Connor also signed an agreement to further collaboration in the fields of science, technology and innovation. With this, both countries will explore joint research programmes in the areas of data science and future foods, such as alternative proteins.

Senior officials of both countries inked three other agreements: One to promote closer cooperation and information sharing on cyber security, another to encourage greater interaction in the arts sector, and finally, one to promote alliances between Singapore and New Zealand firms through the exchange of market knowledge and development of business networks.

Besides their strong economic ties, Singapore and New Zealand also cooperate closely on defence through platforms such as the Asean Defence Ministers’ Meeting-Plus and the Five Power Defence Arrangements.

Since 1997, the Singapore Armed Forces (SAF) has been conducting artillery training at the Waiouru Training Area in New Zealand.

With the Enhanced Partnership, the SAF and New Zealand Defence Force will establish personnel and professional exchanges, among other initiatives.

The partnership will also set the stage for greater collaboration in the education sector, and deepen people-to-people links.

The education ministries of both sides, for example, will exchange information on their respective education systems, from pre-school learning to higher education.

Singapore and New Zealand nationals are now also able to use automated immigration clearance facilities when travelling to each other’s countries. This initiative kicked in on Feb 12 this year.

New Zealand was among the earliest countries to recognise Singapore’s independence. In 2015, then President Tony Tan Keng Yam made a state visit to New Zealand to mark the 50th anniversary of diplomatic ties.