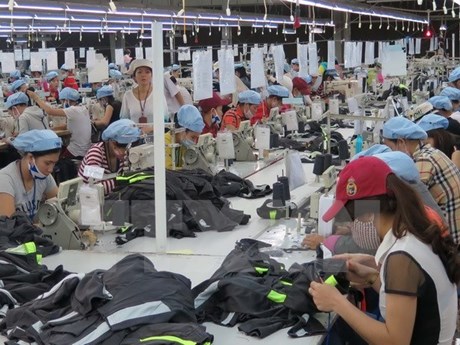 Despite the ongoing protests, Thailand remains confident about the potential of Hong Kong and is negotiating a bilateral free trade agreement with the autonomous territory.

"It will be the first free trade area which Hong Kong will have on a bilateral cooperation basis, and both sides agree to build the best and most extensive bilateral free trade area agreement," Mr Somkid said.

Responsible officials of the two sides are in the process of studying details of a Thailand-Hong Kong FTA, he said.

With the anticipated influx of Chinese and Hong Kong investment in Thailand in light of the US-China trade rift, the Industrial Estate Authority of Thailand has been assigned to speed up preparing industrial estate development, while the Board of Investment has been ordered to design tools to attract investors from China and Hong Kong.

According to Mr Somkid, plans call for launching securities cross-listing between Thailand and Hong Kong.

Executives from Hong Kong are scheduled to visit Thailand late this month.

Mr Somkid said a deeper linkage with Hong Kong is meaningful because of its position as a gateway to China’s Greater Bay Area.

The GBA aims to promote cooperation among nine cities in Guangdong — Guangzhou, Shenzhen, Zhuhai, Foshan, Zhongshan, Dongguan, Huizhou, Jiangmen and Zhaoqing — and the special administrative regions of Hong Kong and Macau, with the aim of developing a world-class city cluster via reforms, innovation and liberalisation.

The GBA is home to more than 70 million people and has a combined GDP of US$1.5 trillion (47 trillion baht). The area has averaged economic growth of 10.7% a year for several decades.

With the expected signing of the Regional Comprehensive Economic Partnership next year, the time is right for Thailand to speed up preparations for foreign investment, Mr Somkid said.

According to the Commerce Ministry, two-way trade between Thailand and Hong Kong was valued at $15.47 billion in 2018, with exports from Thailand amounting to $12.5 billion and imports from Hong Kong worth $2.9 billion.

The Board of Investment reported that Hong Kong applications totalled 44 projects worth 20.3 billion baht in 2018.