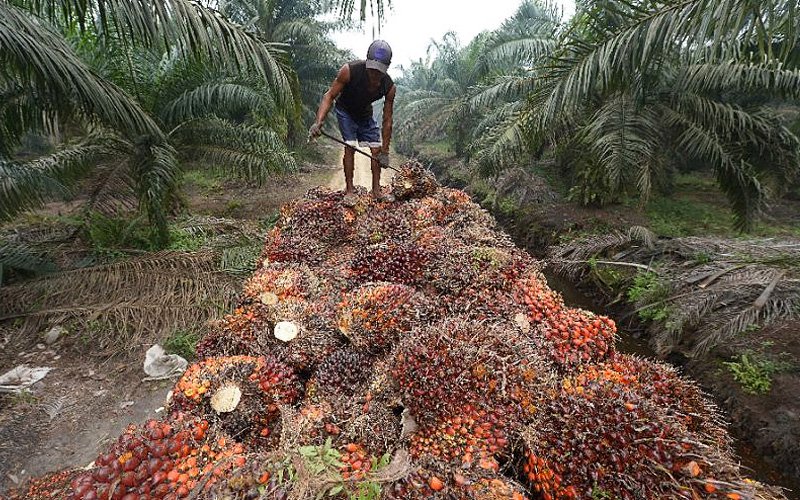 Swiss Economics Minister Guy Parmelin has re-started negotiations with Malaysia over a proposed free trade agreement (FTA). Talks had previously broken down over the contentious topic of palm oil.

Parmelin met his Malaysian counterpart, Datuk Darell Leiking, on the sidelines of the World Economic Forum (WEF) in Davos on Thursday. Switzerland is part of the European Free Trade Association (EFTA), which is interested in agreeing a trade deal with Malaysia.

In December, EFTA signed an FTA with Indonesia that contained clauses limiting the amount of palm oil that would receive tariff discounts from Switzerland. It also stipulated environmental and labour conditions that Indonesia must stick to if it wants palm oil trade barriers to be lowered.

Indonesia is the world’s largest palm oil producer with Malaysia in second place. Speaking to reporters at WEF, Parmelin said he had recommended that Malaysia accept similar terms. He warned his Malayan counterpart that the issue of palm oil remains politically sensitive in Switzerland.

Also on the sidelines at WEF, Swiss Foreign Minister Ignazio Cassis revealed that he would fly to Washington early next month to kick-start FTA talks with the United States. The withdrawal of the US government delegation from Davos had scuppered plans to start negotiations this week.

Cassis said enhanced trade with the US would reduce Switzerland’s dependence on the European Union market. Relations between Switzerland and the EU have become strained in recent years.