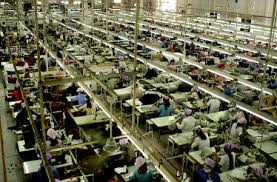 Thailand has already submitted a list of around 200 items to be traded between the two countries under the proposed Free Trade Agreement (FTA), but Pakistan government’s response and progress was waited, its envoy said on Tuesday.

“The issue is pending with Pakistan’s Ministry of Commerce and we are waiting for its response… The ball is in Pakistan’s court,” Thatree Chauvachata, consul general of Thailand in Karachi told a group of businessmen during a visit to the Karachi Chamber of Commerce and Industry (KCCI).

“A political consultation between Thailand and Pakistan ministries of foreign affairs is due in January 2020 in Islamabad to review the progress of the FTA.”

Chauvachata said the KCCI could also play a very important role by pushing the government to expedite and complete all the work before the meeting in January.

He said Pak-Thai Business House was launched in Karachi as his country intends to strengthen bilateral trade and the house has already received 10 inquiries pertaining to bilateral trade.

“In December, a delegation, which will be led by the commercial section of Thai consulate, will be sent to Thailand which will be followed by another delegation comprising four to five businessmen who will also be visiting Bangkok to attend B2B meetings and review how much more they can engage with each other,” he added.

The envoy said bilateral trade is currently in favor of Thailand but he “want to see a more balanced trade between the two countries”.

Pakistan’s exports to Thailand have been gradually improving as goods worth $83.7 million were imported by Thailand in 2017 and in 2018, the imports rose of $112.5 million while during the first nine months of 2019, a total of $118.8 million have been imported so far.

Envoy particularly mentioned the fisheries sector in which trade could be enhanced between the two countries as Thailand was the number one importer of seafood from Pakistan.

“Pakistan is an important raw material supplier of seafood to Thailand, which we really appreciate and this is one of the important area where we can trade even more”, he said, adding that Thailand can also assist Pakistan in upgrading the cold storage facilities, grading of seafood and can also provide training in this particular sector.

Commenting on tourism opportunities in both the countries, Chauvachata opined that there were a lot of opportunities available in Pakistan for Thai tourists, particularly for the adventure and pilgrimage tourists, who were largely visiting the northern areas of Pakistan.

“In 2018, a total of 10,000 Thai visitors came to Pakistan and the number of visitors has doubled this year as about 20,000 Thai people have visited Pakistan so far. Similarly, a lot of Pakistanis also visit Thailand as last year, more than 80,000 Pakistanis visited Thailand and we hope that the number will reach 100,000 this year.”