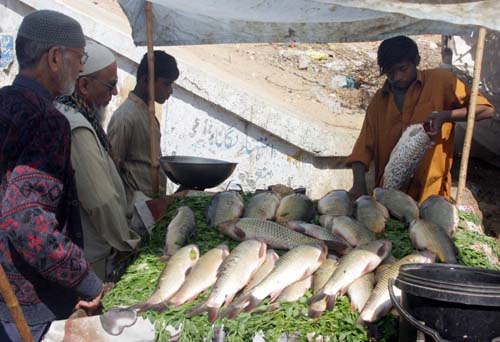 Thailand forwards 100 tariff lines to include in proposed FTA

Thailand has forwarded a list of 100 products to Pakistan to include in the proposed free trade agreement (FTA) with the South East Asian country, hoping to increase annual bilateral trade from the current $1.5 billion, its foreign envoy said on Friday.

Consul General of Thailand Thatree Chauvachata said the country finalised a list of more than 100 items and handed it over to Pakistan for inclusion in the proposed FTA framework.

“We are now hopeful that it will be finalised very soon to enhance bilateral trade between the two friendly countries,” Chauvachata said during a visit to the Karachi Council on Foreign Relations (KCFR).

Pakistan imports from Thailand amount to more than $1.5 billion a year, while export volume of Pakistan to the South East Asian nation is just $1.5 million. “We want to balance this trade (gap) and play our role as friend for the economic development of Pakistan,” the envoy said.

Chauvachata said Thailand has been trying to have FTA with Pakistan since 2013 and held more than 10 rounds of meetings since then. “Thailand’s people love to have Pakistan’s sea foods,” he added. “We want to make economic and people to people relations stronger. My Karachi Expo held recently by the Karachi Chamber of Commerce and Industry was also a good opportunity to achieve this goal.”

The Consul General said there are several sightseeing places in the country, including Taxila, Gilgit Baltistan and National Museum that have much attraction for Thai tourists.

Many places are even more beautiful than of Switzerland’s. Statues of Buddha along with other Ghandhara civilization remain worthy to be explored.

“We will guide more Thai tourists to visit such places and include them in travel itinerary,” he said. “I have also served in Calcutta (India), Bahrain, Sri Lanka and Poland but have found Pakistani people very friendly and hospitable. This is a big difference between Pakistanis and other nations.”

The foreign envoy said Pakistan has offered numerous scholarships to Thailand’s students and a large number of its students are studying religious, non-religious, vocational, international relations, science and other subjects in Pakistan.

Earlier, the Consul General was briefed about the functioning and services of Karachi Council on Foreign Relations. KCFR Chairman Khalid Mir and CEO Sadeed Malik, Assistant Secretary General United Nations Nasir, Khalid Nawaz Awan and others were present during the meeting.