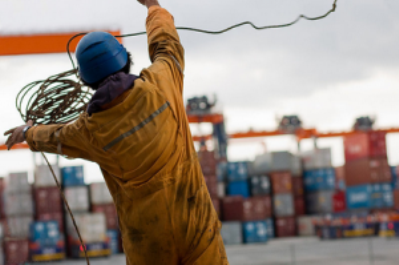 Discussion documents on the Trade in Services Agreement (TISA) published by Wikileaks reveal a continuing threat to seafarers’ wages and conditions should the agreement be adopted, the (International Transport Workers’ Federation) said today. The documents can be seen here: https://wikileaks.org/tisa.

This latest release confirms the hazards identified by the ITF when it warned that a previous airing of TISA documents predicted a power grab by transport industry players at the expense of the public interest, jobs and a voice for workers (see http://goo.gl/LFZQfr).

The annex recognises the standards adopted by the United Nations’ International Maritime Organization and the International Labour Organization – the two giants of international regulation on work at sea and the safety and rule of law at sea. Crucially, though, it fails to recognise that their standards set minimum protections. Typically, as in the example of the enormously important Maritime Labour Convention 2006, the standards co-exist with actual or desired higher ones set by individual nations.

Despite this, in Article 12 the annex states that in cases where parties ‘apply measures that deviate from the above mentioned international standards, their standards shall be based on non-discriminatory, objective and transparent criteria’.

“This questions seafarers’ conditions everywhere. The ILO minimum wage standard for seafarers is intended as a safety net – not an absolute. Who decides these criteria, and how will this be enforced? What will happen to safety provisions, pay or qualifications which are better than the minimum? The ILO Maritime Labour Convention explicitly sets minimum standards, with member states being encouraged to go above and beyond its provisions. Almost unbelievably this fact appears to have escaped those drawing up the TISA plans.”

“The best employers are taking best practice and continuous improvement into their company cultures, and moving away from the so-called compliance culture; this text is a potentially dangerous move in the opposite direction.”