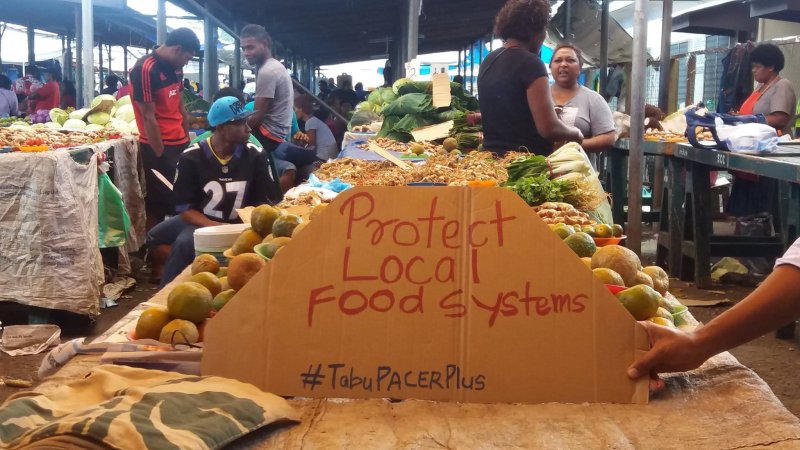 When the Pacific Agreement on Closer Economic Relations Free Trade Agreement Plus (PACER Plus) comes into force next week on 13 December 2020, Tonga will face a major financial difficulty of countering big trade deficits with two of its main trading partners, Australia and New Zealand.

Tonga’s decision to join PACER Plus remains questionable, considering that Tonga has almost no manufactured products to trade with.

Tonga’s only manufactured product at the moment, according to officials from our Small Industries Centre, is a small quantity of processed Nonu juice, targeted for Asian countries.

Tonga sends mainly agricultural products to Australia and New Zealand, targeting Tongans and other Pacific islanders, who are residing in these countries. But unfortunately, Tonga has a history of export disruption because of shortfalls in the packaging and pest-control of our agricultural products.

The fragility of this situation was painfully evident on 20 October this year, when the Tongan Parliament was informed of a ban on the export of Tongan watermelons to New Zealand and of kava to Australia. It was reported that live fruit flies were discovered in containers of watermelon from Tonga in New Zealand.

New Zealand is currently free from the fruit fly species that attacks commercial fruit and if these fruit flies were to enter, it would have a devastating impact on their horticultural industry.

The ban was devastating for Tongan farmers who were left with tonnes of ripening fruit on their farms.

However, early in December, the New Zealand government allowed a number of trial watermelon shipments from Tonga, “which will be carefully monitored for compliance with the agreed export processes.”

The New Zealand Ministry of Primary Industries, once satisfied, will then fully reopen the pathway and closely monitor the export processes.

With regard to Australia banning the import of Tongan kava, there was no comment from government.

While the Pacific Agreement on Closer Economic Relations Free Trade Agreement Plus will come into force on Sunday 13 December 2020, Tonga still has a lot of work to be done before it can be activated.

PACER Plus is a comprehensive Free Trade Agreement, covering goods, services and investment, and member countries have to be competitive with their products to have a fair share of the markets within these 11 countries.

The two Pacific Forum countries, which are not signatories to PACER Plus are Fiji and Papua New Guinea.

Negotiations on PACER Plus began in 2009.

Tonga’s former Prime Minister, Hon. ‘Akilisi Pohiva signed the Free Trade Agreement for Tonga in Nuku’alofa on 14 June 2017. There was a disconnection over the government’s signing of the PACER Plus, when the then Prime Minister signed without close consultation with Privy Council. However, King Tupou VI in Privy Council ratified the PACER Plus Free Trade Agreement on 14 October 2019.

As of October 2020, Australia, Cook Islands, Kiribati, Nauru, New Zealand, Niue, Samoa, Solomon Islands, Tonga, Tuvalu, and Vanuatu, have ratified the Agreement, and PACER Plus will come into effect on 13 December 2020.

Kelemete Vahe, the CEO for Tonga’s Ministry of Customs and Revenue, told Matangi Tonga that before the PACER Plus is implemented next year (2021), the ministry has to activate two packages, known as a Readiness Package and an Implementation Package.

The activities of the Readiness Package include:

The activities to implement Parties’ obligations in regard to:

Kelemete explained that Customs Duty on imported goods from signatory countries to the PACER plus, will drop by 5%, starting next year, and the duty will continue to drop by 5% after every five years.

Meanwhile, it is rumoured that the drop in Customs Duty will be replaced with an increase in Excise Duty, so the price of imported goods will remain high.

Tonga’s Balance of Trade with its major trading partners under the PACER Plus Free Trade Agreement next year, presumably, will remain much the same, but the impact of switching from Customs Duty to Excise Duty remains to be seen.

Tonga’s trade deficits in the second quarter of 2020, with PACER Plus countries includes:

According to the Statistics Department, Tonga’s total balance of trade for all countries in the second quarter of 2020 amounted to minus $98,930,141. Our trade deficit with New Zealand remained the highest, followed by Fiji and Australia.