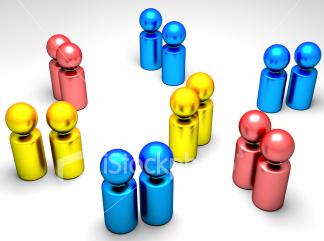 The Trans-Pacific Partnership trade pact risks collapsing and producing a series of bilateral deals if the 12 nations involved cannot reach agreement on concessions sought by some, the Asian Development Bank said in a report.

Reports that the most recent round of negotiations made “very little progress” highlight the difficulties faced in finding common ground on the more difficult issues, the Manila-based lender said today.

Japan’s defense of its farming industry, Malaysia’s proposal to keep tobacco control measures out of the deal, and the impact of currency manipulation on markets are among issues impeding progress on the accord that the U.S. calls the cornerstone of its economic policy in the region. Leaders from nations participating in the TPP said this month negotiators are still aiming to complete the talks this year.

“The secrecy surrounding the negotiations makes it difficult to assess progress, but — from what is known — there is the risk of degenerating into a series of loosely tied bilateral deals,” the ADB said. “Indications are that the two largest TPP members — the U.S. and Japan — are proceeding along bilateral lines, threatening the demanding single-undertaking approach the TPP is supposed to adopt.”

At stake for member economies amid an uneven global recovery is the prospect of faster growth as their goods and services find new and bigger markets. A TPP accord, which involves countries such as the U.S., Australia, Japan, Malaysia and Vietnam, would link an area with about $28 trillion in annual economic output. ‘Ambitious’ Agenda

“Although the TPP’s agenda is ambitious and wide ranging, it remains to be seen what can be agreed on, given the diversity of its membership,” the ADB said. “The need to provide exemptions, or ‘carve outs,’ to avoid a collapse in negotiations also raises concerns over the final form the TPP will take.”

Countries are seeking concessions for industries such as agriculture, while U.S. automakers have expressed concern about Japan’s economic policies and said the TPP should include provisions to prevent currency manipulation.

The TPP could yield global annual gains of $295 billion by 2025, according to estimates by Peter Petri and Michael Plummer in a June 2012 policy brief published by the Peterson Institute for International Economics.