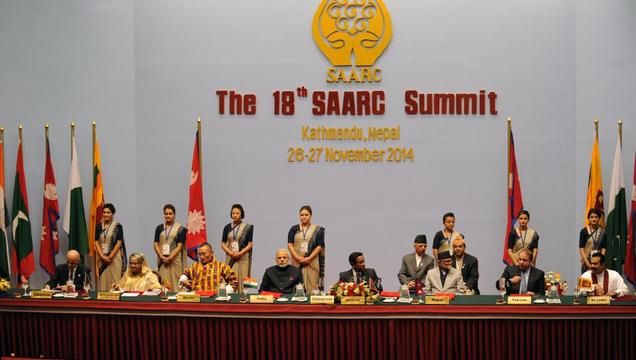 According to the report, the decision was taken at a conference of finance ministers of the SAARC including Afghanistan, Bangladesh, Bhutan, India, Maldives, Nepal, Pakistan and Sri Lanka.

The ministers urged leaders in the SAARC region to accelerate the process of formation of the SAEU in a phased and planned manner, as decided in the Declaration of the 18th SAARC Summit, it said.

Finance Minister Ishaq Dar and his counterparts agreed that the decision to form the SAEU should move speedily at the 19th SAARC Summit, which is scheduled to be hosted by Prime Minister Nawaz Sharif on November 9-10 this year at Islamabad. The SAARC finance ministers decided for further strengthening of regional trade through expeditious implementation of the South Asian Free Trade Agreement (SAFTA) in order to achieve deeper integration. The aim is to bring down tariffs, eliminate non-tariff and preferential trade barriers and reduce sensitive lists for enhanced intra-regional trade under SAFTA. Another key decision was to operationalise the SAARC agreement on trade in services by finalising the schedules of specific commitments, it said.

The finance ministers underlined the need for improved connectivity in the region, including through land, sea and air routes, and early signing of motor vehicle and railway agreements, the report said.