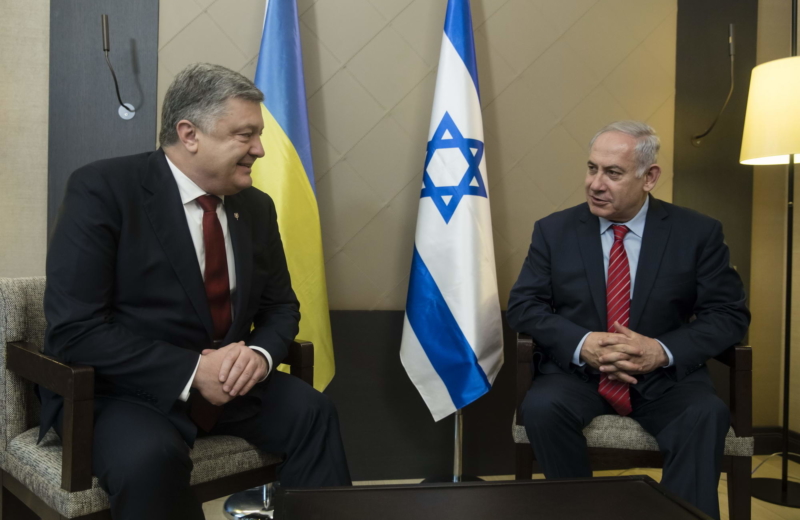 Head of the Presidential Administration of Ukraine Ihor Rainin and Minister of Environmental Protection, Jerusalem Affairs and Heritage Minister of Israel Ze’ev Elkin discussed practical steps to accelerate the signing of a free trade agreement between the two countries.

The press service of the Ukrainian president reported this following a meeting of the head of the Presidential Administration with the Israeli minister.

"During the talks, the parties noted the high level of a political dialogue between Ukraine and Israel and the close coordination of the two countries in the international arena. The sides also noted the growth of trade and economic cooperation between Ukraine and Israel and discussed practical steps to accelerate the signing of the Free Trade Agreement (FTA) between the two countries," the report reads.

Elkin thanked the Ukrainian authorities for effective actions to ensure the possibility of Israelis to visit Jewish holy shrines in Uman and other Ukrainian cities.

Rainin invited the Israeli side to take part in the celebration of the 27th anniversary of Ukraine’s independence and in the 10th International Economic Investment Forum, which will be held in Kharkiv on September 28.