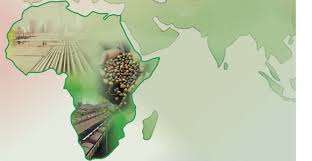 Africa’s largest trade agreement, the African Continental Free Trade Area (AfCFTA) agreement, has been hailed as a game-changer for intra-African trade. If properly implemented, it could provide a framework to ease the cost of doing business in Africa, but until the continent addresses nontariff barriers, such as infrastructure backlogs and border corruption, it is likely to fall far short of expectations.

This hasn’t stopped African countries from hyping up the agreement as a significant milestone on the road to creating a single African market and a single-currency union.

Various reports suggest that as a large, unified market of up to 1.2-billion people, the AfCFTA could attract up to $4-trillion in consumer spending and business investment; boost intra-African trade by 33%-52%, depending on the degree of tariff liberalisation; and generate a cumulative $3.4-trillion gain in GDP over the long term.

Intra-African trade is dismal at present, hamstrung by border delays and infrastructural constraints that account for the high logistics costs associated with doing business on the continent. The upshot is that intra-African trade accounts for only about 16% of Africa’s trade with the rest of the world, compared with 25% for Latin America and almost 50% for Asia.

The AfCFTA is supposed to forge a single continental legal regime for trade matters. It should include substantially lower tariffs, simplified rules of origin and customs procedures, and regulations for trade in services, as well as the remedies to use when these trade rules are broken.

However, the enforcement of a rules-based trading regime will depend on effective monitoring as well as African trading partners pursuing dispute settlement cases against one another, something they’ve traditionally shied away from.

SA — with its relatively diversified industrial export base on a continent where most countries still export primary commodities — should be one of the biggest winners from a continent-wide free-trade agreement, if implemented properly.

So should Nigeria, for the same reason. But its government appears concerned that the country’s nascent manufacturing base could be badly affected by competitively priced imports, and is undertaking further impact studies before it signs the agreement.

"With proper implementation, this agreement brings immense investment potential to Africa. By driving down the cost of trading across borders it can boost trade and open new markets on the continent," says Tim Harris, CEO of Wesgro, the Western Cape government’s investment promotion agency.

"The liberalisation of services trade under the AfCFTA is especially significant, not only because it brings opportunities for [Western] Cape services exports, but also because improvements in, for instance, transport, communications and financial services further facilitate effective cross-border trade and investment," he adds.

However, though the AfCFTA agreement came into force on May 30 for SA and the other 23 early adopters, there are as yet no tariff schedules, no rules of origin and no rules for specific services sectors to regulate trade between the signatories.

"These are sensitive and technically complicated matters and it may take quite some time before they are finalised," says Gerhard Erasmus, professor emeritus at the University of Stellenbosch and an associate at the Trade Law Centre.

In any free-trade agreement, all trade must be substantially liberalised and all other trade barriers removed. However, trade experts fear that because the AfCFTA member states are at very different stages of economic development, and many rely heavily on tariff revenue, there will likely be different tariff schedules for different countries and many exceptions granted. This could result in a weak, unambitious agreement that is difficult to implement and reluctantly enforced.

Word is that some African countries, including Zimbabwe, are asking to be granted implementation periods of as long as 15 to 20 years to phase down their tariffs under the new agreement.

It is also far from clear whether the AfCFTA will succeed in removing the complications and duplication caused by the overlapping memberships of the eight regional economic communities, which include the Southern African Development Community, East African Community and the Common Market for Eastern & Southern Africa.

The hope was that the AfCFTA would standardise rules of origin and tariffs for the same goods so that firms would face less fragmented sets of rules when doing business across African borders.

However, Tutwa Consulting director Catherine Grant Makokera says that instead of replacing existing regional arrangements, the AfCFTA agreement has been structured in such a way as to add a layer of complexity to them.

Grant Makokera is "a complete cynic" about the AfCFTA. "I definitely think it’s overhyped and completely overstated in terms of its quantifiable impact," she says. "There is very little technical detail ready to come into effect so there is still a very long way to go before business and traders see any impact."

Erasmus is equally sceptical. In fact, he thinks that enhancing trade facilitation and addressing nontariff barriers — for example, removing corruption at border posts, creating road and rail infrastructure and speeding up port handling — would be far more beneficial than taking all tariffs to zero.

Though Africa has a relatively high degree of tariff protection, a 2012 study by the UN Economic Commission for Africa found that when it comes to boosting intra-African trade, addressing nontariff constraints is as important as reducing tariff barriers.

It concluded that a continental free-trade agreement would only succeed in meeting the AU target of doubling the share of intra-African trade from 16% of the continent’s total trade to 32% over a decade if complementary nontariff measures, such as speeding up customs procedures and port handling, were also adopted.

Grant Makokera agrees that the big barriers to intra-African trade are inadequate infrastructure, high transport costs and other nontariff constraints, including the small size of the private sector in many African countries.

"None of these issues can be addressed by trade agreements," she says. "Given the global context, where we’re seeing a challenge to world trade, the AfCFTA is welcome, but from a practical point of view I remain to be convinced that much will change on the ground."

For Erasmus, it all comes down to good governance. "And that starts at home, in the countries themselves, not at the AU," he says. "Countries need to do the right things at home. If they don’t, how can things work better?"

Tutwa Consulting director Peter Draper concludes, in a recent paper published in the World Economics Journal with researchers Habtamu Edjigu and Andreas Freytag, that while the jury is still out on the AfCFTA, the way negotiations have shaped up so far suggests that the agreement will amount to "much ado about nothing" for the foreseeable future.

At best, the AfCFTA can be thought of as "a platform on which to build", the researchers write. "Assuming the political drive behind deeper African economic integration remains intact, it is likely more liberalisation will be pursued over time, as well as more regulatory integration."

So though Africa is moving towards a more open way of doing things, and any progress in this direction should be welcomed, the agreement is unlikely to fulfil its ambitions any time soon.

More’s the pity for SA, which needs to pull every lever at its disposal to boost economic growth.