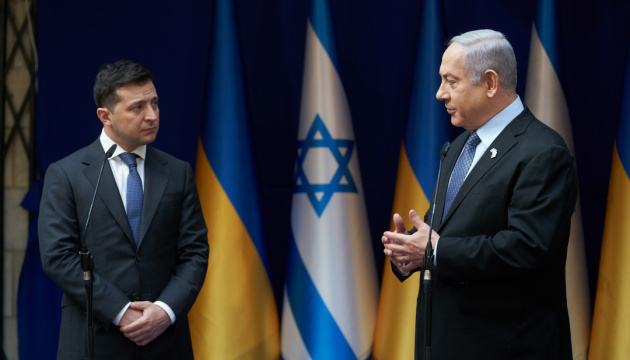 Zelensky calls on Israel to ratify FTA agreement with Ukraine

President of Ukraine Volodymyr Zelensky has met with Speaker of the Knesset Yuli Edelstein in Israel. During the meeting the Ukrainian president stressed the importance of the ratification by Israel of an agreement on free trade area (FTA) with Ukraine, which the latter had ratified in August 2019.

"The introduction of the free trade area could help us double the goods turnover between the countries in the short term," Zelensky said, according to the presidential press service.

The participants of the meeting praised the traditionally active bilateral political dialogue and expressed the hope that its high dynamics would not change after the parliamentary elections in Israel.

The sides also discussed the latest achievements in the development of bilateral relations over the past decade, in particular annual growth in tourism. They mentioned that the tourist flow has increased by more than ten times since 2010, when the visa-free regime was introduced between Ukraine and Israel.