Urgent call from international CSO to Ecuador on the Chevron case
12-Dec-2020 Stop Corporate Impunity
150 organizations are asking the government of Ecuador to appeal the arbitration award issued by the Dutch justice system in favor of the oil transnational Chevron.

Will a US-Ecuador trade deal lead to a broader pact?
8-Dec-2020 The Dialogue
How likely are the two countries to engage in talks for a broader trade agreement in the near future, and how would that differ from the phase-one treaty?

The secret tribunal
19-Oct-2020 Drilled
Expert Marcos Orellana walks us through the shadowy arbitration system, the Chevron case in particular, and what it all means for global climate action.

Ecuador and Chile sign major trade agreement
14-Aug-2020 Xinhua
The signing of the agreement was carried out virtually with the participation of the presidents and officials from the two countries’ foreign ministries.

Ecuagoldmining v Ecuador: Mining, the environment, and international arbitration
5-Jun-2020 Geopolitical Monitor
Ecuagoldmining’s estimated $20 million investment so far could turn into a $469 million award, should it emerge victorious in an arbitration proceeding.

Ecuador will approve the trade agreement with EFTA
23-Apr-2020 Fresh Plaza
The plenary session of the Assembly will process the agreement between Ecuador and the European Free Trade Association, after having the Constitutional Court approved it. 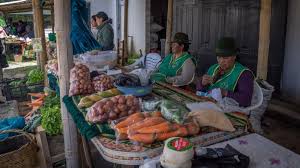