Canada needs more trade deals
11-Jun-2007
Free trade with Iceland and Liechtenstein is not exactly a hot political topic in Canada. But last week, Canada announced a deal with those two little countries along with Norway and Sweden - together they refer to themselves, rather grandly, as the European Free Trade Association. It’s not much, but it’s more than this country has accomplished in the trade arena is some time. Trade Minister David Emerson says there’s more to come, to which Canadian exporters and consumers can only say: "It’s about time."
International signature campaign against EFTA FTAs
11-Jun-2007 Berne Declaration
The member states from the European Free Trade Association EFTA (Switzerland, Liechtenstein, Norway and Iceland) are increasingly negotiating bilateral free trade agreements with developing countries. In 2007, they strive to enter into negotiations with Peru, Colombia, India and Indonesia. Plese join this signature campaign to stop them.
Feds to ease out tariff
9-Jun-2007
The Canadian shipbuilding industry’s feared loss of a protective tariff has come to pass and now the industry will have three years to adjust to new market conditions.
Free-trade deal ’devastating’
8-Jun-2007
For the first time in six years, Canada has negotiated a new free-trade agreement - one which could cost the Atlantic shipbuilding industry hundreds of jobs.
Canada "back in the game" with EFTA trade deal
7-Jun-2007
Canada and four European nations have completed negotiations for a free trade agreement, the country’s trade minister said on Thursday, saying Ottawa needs to seal more such deals to compete globally.
A Swiss network in the heart of SA
4-Jun-2007
The latest in a series of local networking and consulting organisations, set up by Switzerland’s official export promotion agency, has been opened in Pretoria.
Efta continues to extend its influence
10-May-2007 swissinfo
While world trade talks remain deadlocked, the European Free Trade Association (Efta), of which Switzerland is a member, continues to extend its network of free trade accords.
Talks with Efta for signing FTA soon
16-Apr-2007 Business Recorder
Pakistan will start negotiations with the European Free Trade Association (Efta) for signing Free Trade Agreement (FTA), which the Commerce Ministry hopes will boost Pakistan’s exports.
India to expand free trade with Europe
29-Mar-2007
Even as an economic cooperation agreement with the European Union is in the offing, India on Wednesday announced that it would expand its free trade regime in Europe by exploring the possibilities of similar pacts with the European Free Trade Association (EFTA), comprising Iceland, Norway, Switzerland and Liechtenstein. 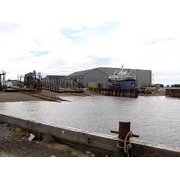