Vietnam to gain as EU-China investment pact stalls
12-Jul-2021 DW
European investors are likely to look beyond China following the suspension of an investment agreement. Strong diplomatic relations and trade ties with Vietnam mean that the Southeast Asian country is tipped to profit.
America now has a ’One China, One Taiwan’ policy: TIFA and TIPA will strengthen it
7-Jul-2021 The Hill
The Biden administration continues to build on the Trump team’s unprecedented efforts to deepen US relations with Taiwan.
RCEP Asia trade pact draws US allies toward China – analysis
7-Jul-2021 Eurasia Review
US trade experts are watching warily as the world’s biggest free trade pact advances slowly toward ratification and brings some of America’s closest Asian allies into an economic bloc that includes China but leaves the United States on the sidelines.
Concerns over RCEP
1-Jul-2021 The Star
The ongoing US-China tensions can be a potential wildcard to the mass ratification and adoption of the Regional Comprehensive Economic Partnership (RCEP) by its country member signatories.
Trade agreement with United States to be effective tool of geoeconomics – Petrashko
14-May-2021 Ukrinform
The conclusion of a bilateral preferential trade agreement between Ukraine and the United States can become an effective tool of geoeconomics, providing increased global competition in trade.
Japan approves world’s biggest free-trade deal after China’s call to boost Asian economy
29-Apr-2021 South China Morning Post
Japan’s parliament approved joining the RCEP to aim for it to come into effect from the start of next year. The approval by Japan’s upper house comes after China called for the deal to be ratified to shore up the economy in the Asia-Pacific.
Northern gatemen and geopolitics of AfCFTA
14-Apr-2021 Benjamin Watch
AfCFTA has materialized at a time when globalization is being used to hide all sorts of ambitions including the second empire and colonialism. AfCFTA is not just about the economy and markets, it is also a political setup from the African Union and African Development Bank.
“Comprehensive Strategic Partnership” Agreement and the future of Sino-Iranian relations
5-Apr-2021 Modern Diplomacy
As a result, although Sino-Iranian relations have developed over the past 10 years in terms of economic, energy, and security relations, and the two countries have similar views on the international system, the security interests of the two countries, especially China, outweigh its economic interests with Iran.
Why Britain is tilting to the Indo-Pacific region
15-Mar-2021 The Guardian
Critics warn of imperial fantasy but the economic and political forces pulling the UK back to the region are real.
A new Anglo-Japanese alliance threatens China’s TPP plans
11-Feb-2021 Nikkei Asian Review
As London eyes entry into Quad, Beijing looks to New Zealand for opening.
Australia has a great chance to engage in trade diplomacy with China, and it must take it
9-Feb-2021 The Conversation
Australia’s efforts to end a diplomatic deep freeze with China may not be getting anywhere fast on the surface, but there are nonetheless some signs of a potential thaw.
Beijing expands Indian Ocean FTAs westward with Mauritius
2-Feb-2021 Nikkei Asia
China’s free trade agreement with the small island-nation of Mauritius came into effect in January, increasing the Asian powerhouse’s presence in the Indian Ocean where its regional rival India has long dominated.
Unsustainable RCEP
1-Feb-2021 The Statesman
If the latest flare ups over the contentious territorial issues and popular anti-China sentiments in the region are anything to go by, it seems likely that uncertainty over domestic ratification of the RCEP agreement by the signatory states would persist in the days ahead.
CPTPP a chance for China to further integrate into Asia-Pacific
18-Jan-2021 China Daily
If both the US and China join the CPTPP, and it becomes the world’s largest free trade agreement, then the RCEP would recede in significance. CPTPP, comprising both the US and China, sensing more economic benefits in committing to the RCEP.
US Consulate a turning point for disputed Western Sahara
11-Jan-2021 AP
Trump said the goal of the Western Sahara consulate would be “to promote economic and trade opportunities in the region.”
India self-isolates as China’s economic might enfeebles West
7-Jan-2021 Nikkei Asia
Not only has India failed to agree on its own trade and investment deal with the EU, the country has failed to capture any significant share of China-based global supply chains.
China-Mauritius FTA goes into effect. But who benefits?
5-Jan-2021 TRT
China’s first FTA with an African country provides a stepping stone into the continent through the geopolitical hotspot Indo-Pacific region. 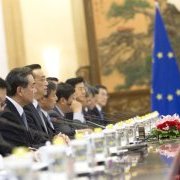 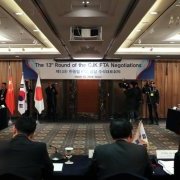 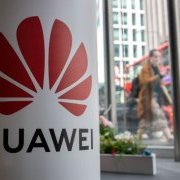