EU may gain from negotiating separate trade and investment pacts with India
10-May-2021 Mint
The decision by India and the EU to recast the stalled trade and investment agreement into three separate deals could favour the latter.
EU-China investment deal ’not exactly a deal’
7-May-2021 The Jakarta Post
A long-negotiated investment agreement between EU and China was more of an "intention than a deal and it could be a long time before it became a reality, an EU commissioner said.
EU turns from China to India on free trade
5-May-2021 EU Observer
The EU is suspending plans for a trade deal with China, while reviving those for a pact with India, in a dispute on Chinese human-rights abuses.
Regaining sovereignty
26-Apr-2021 Dawn
Pakistan, which entered into its first BIT with Germany in 1959 — which also was the first BIT ever entered — has concluded 53 BITs with 48 countries.
Design and architecture of the AfCFTA investment protocol
22-Apr-2021 Tralac
The international legal instrument to be adopted as the AfCFTA Protocol on Investment will constitute a binding international agreement for the AU Member States that have ratified this instrument and for whom it has entered into force.
Regional Economic Communities and the AfCFTA investment protocol
22-Apr-2021 Tralac
The legal regimes of the eight Regional Economic Communities (RECs) recognised by the AfCFTA Agreement as building blocks of the African Continental Free Trade Area will not disappear when the AfCFTA is implemented.
Draft convention on investments abroad (Abs-Shawcross draft convention)
20-Apr-2021 International Arbitration
One of the most significant early proposals for a multilateral agreement to protect private foreign investment was launched in 1957 by groups of European business people, and lawyers.
Togo to sign economic partnership agreement with the Singapore Cooperation Enterprise
14-Apr-2021 Togo First
Togo and the Singapore Cooperation Enterprise are to sign an economic and technical partnership agreement, under which the West African nation will benefit from Singapore’s experience to develop its economy.
Europe’s China gambit
10-Apr-2021 Project Syndicate
Trade and investment agreements cannot transform China into a Western-style market economy or turn it into a democracy. 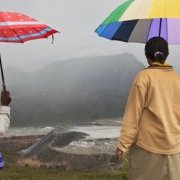 Rethinking investment law from the ground up: extractivism, human rights, and investment treaties
9-Apr-2021 IISD
For many people affected by resource extraction, it is the prevailing legal regime that dis-embeds and disintegrates, because investment treaties can protect ventures that upend their lives with little scope for voice or redress.
Belarus, China in talks over agreement on investments, trade in services
9-Apr-2021 BELTA
The first round of negotiations over the agreement on investments and trade in services between Belarus and China was held online on 7 April.
From gunboats to treaties: Who wrote the rules of globalisation?
8-Apr-2021 Investment Monitor
From colonisation to investor-state dispute settlements, rich countries have sought to exploit and influence their poorer counterparts for centuries, but how did globalisation in its current form come to be?
UAE and Israel move closer to tax treaty that will help boost foreign investments
8-Apr-2021 The National
A free trade agreement and double taxation treaty are among several frameworks being worked on by the UAE and Israel to increase trade and investments flows between the two nations after they normalised relations last year. 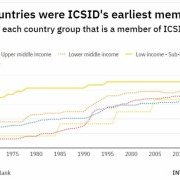 A brief history of globalisation
6-Apr-2021 Investment Monitor
Investment treaties largely replaced colonial gunboats as a way to continue to exploit the resources of foreign countries.
Federal cabinet defers BIT strategy
5-Apr-2021 Business Recorder
The federal cabinet said to have deferred bilateral investment treaty (BIT) strategy for Pakistan proposed by the Board of Investment (BOI) to draw a roadmap for the future bilateral investment treaties.
Sovereign states on a leash
1-Apr-2021 The Mint
The overreach on display in the aggressive use of ISDS lawsuits by multinational corporations is just one part of a broader trend in recent decades in which the ability of states to regulate their economies in their own interests.
Govt to reopen negotiations on Bilateral Investment Treaty with Japan
1-Apr-2021 Ghana Web
The government of Ghana has expressed its interest in concluding the negotiations with Japan on the Bilateral Investment Treaty (BIT), which has been pending since April 2014.
EU-China trade deal is a Trojan Horse sellout
30-Mar-2021 Australian Financial Review
The short-sighted German-driven agreement betrays the European project and poses a major economic and political problem for the rest of the West.
Seoul, Moscow agree to hasten free trade talks on services, investment - Foreign Minister Chung Eui-yong
25-Mar-2021 UrduPoint
Russia and South Korea have agreed to speed up the talks about a free trade deal covering services and investment, South Korean Foreign Minister said.
Most of BITs to be scrapped
25-Mar-2021 Business Recorder
Pakistan has reportedly decided to scrap most of its existing Bilateral Investment Treaties as these pacts are shrinking the government’s policy space with respect to adopting measures of public interest.
0 | ... | 20 | 40 | 60 | 80 | 100 | 120 | 140 | 160 | 180 | ... | 1620
Subscribe to bilaterals.org weekly