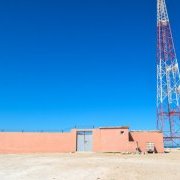 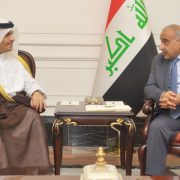 Qatar seeks free trade deal with Iraq in meeting with PM
19-Mar-2019 Kurdistan24
Qatar would like to sign a free trade agreement with Iraq to exchange, encourage, and protect investments between the two countries. 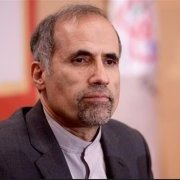 Iran urges implementation of Free Trade Agreement with Iraq
20-Aug-2016 Tasnim News
Head of the Trade Promotion Organization of Iran Valiollah Afkhami Rad called for efforts to implement a free trade agreement with Iraq that officials from the two countries signed two years ago.
The ICSID Convention enters into force in Iraq
16-Jan-2016 http://www.lexology.com/library/det...
The ICSID Convention entered into force in Iraq on 17 December 2015. This comes after Iraq signed the ICSID Convention and deposited its instrument of ratification on 17 November 2015 to become the Convention’s 160th signatory State.
Japan-Iraq BIT (2012)
30-Jul-2014 MITI
Jordan, Iraq sign free-trade agreement
4-Sep-2009 Earth Times
Jordanian Prime Minister Nader Dahabi made a whirlwind visit Thursday to Baghdad, signing a free-trade agreement that Jordan hoped would serve as a catalyst for boosting trade with neighbouring Iraq
EU and Iraq in third round talks for trade and cooperation agreement
28-Nov-2007 BI-ME
The European Union and Iraq are holding the third round of negotiations for a Trade and Cooperation Agreement (TCA) in Brussels from 27-29 November.
Iraq, Jordan to sign free-trade agreement
3-Jun-2007 Azzaman
Iraq and Jordan are in talks for a free-trade agreement to boost commercial ties between the countries.
Iraq to sign trade agreement with EU, Foreign Minister says
12-Oct-2006 Portal Iraq
Iraq Minister of Foreign Affairs Hoshyar Zebari said that Iraq would shortly sign a trade agreement with the European Union (EU). The agreement would treat Iraq as a friendly country to the EU and give it priority in commercial exchanges, according to the Ministry.
Jordan expected to sign free trade agreement with Iraq
18-Sep-2006 MENAFN
Jordan and Iraq are in the final stages of discussions over the signing of a free trade agreement.
Iraq, Iran set up free-trade zone
5-Sep-2006 Azzaman
The southern Province of Basra now has a free-trade zone with neighboring Iran, signaling yet another boost in commercial ties.
Iraq eyes EU trade deal
14-Jun-2006 Fin24
Iraq’s new government plans to start immediately negotiating a trade and cooperation deal with the European Union, its foreign minister said Monday hailing a "new chapter" in ties with the bloc.
War support could win US contracts
12-Oct-2005 AAP
Australia’s support of the US in Iraq could help local companies crack the huge US government contract market, an American consultant on the US-Australia FTA says.
US, Iraq sign trade and investment framework pact
12-Jul-2005 US State Dept
The United States and Iraq have signed a Trade and Investment Framework Agreement (TIFA) to promote bilateral trade and help Iraq expand and diversify its economy.
Jordan seeks to sign free trade agreement with Iraq - Smadi
11-May-2005 Jordan Times
Jordan is keen to sign a free trade agreement with Baghdad and has already presented Iraq with the necessary draft.
War: Trade by other means: How the US is getting a free trade agreement minus the negotiations
5-Jul-2004
On June 28, two days before the announced date of handover of power, the United States transferred political authority in Iraq, in a meeting so secret o­nly six people participated.
The Economic Colonization of Iraq: Illegal and Immoral
28-Jun-2004 The Economic Colonization of Iraq: Illegal and Immoral
The Bush Administration is using the military invasion and occupation of Iraq to advance a corporate globalization agenda that is illegal under international law, has not been chosen by the Iraqi people and may ultimately prove to be even more devastating than twelve years of economic sanctions, two U.S.-led wars and one occupation. The Administration’s ultimate goal is to take the agenda to the entire region.
Subscribe to bilaterals.org weekly