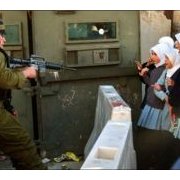 Petition: Suspend EU-Israel Association Agreement
26-Jun-2008 Petitionsite
Sign this petition which calls for an immediate suspension of the EU-Israel Association Agreement and any further trade between Israel and EU Member States in protest against Israel’s continued violation of human rights of the Palestinian people.
EU decision to upgrade relationship with Israel reveals Europe’s selective adherence to human rights standards
21-Jun-2008 AIC
Monday’s announcement for increased relations concerns three areas: diplomatic cooperation; Israel’s participation in European plans and agencies; and an examination of possible Israeli integration into the European Single Market.
Israel seeking an upgrading of its relations with the EU and to obtain "special status"
16-Jun-2008 AIC
On Monday June 16th, the EU-Israel Association Council will convene for the eighth time. For Israel the stakes are high.
Palestinian PM urges EU not to upgrade Israel ties
4-Jun-2008 Reuters
At issue is whether to deepen relations governed by the current EU-Israel association agreement
Israel, EU agree on trade concessions
1-May-2008 Jerusalem Post
Once the agreement comes into effect, export volumes of Israeli processed foods to the EU are expected to more than double. "These concessions represent a major step forward in the integration of the EU and Israeli markets," the European Commission said. 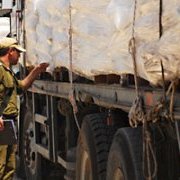 The right to run their own economy: AIC policy paper on Palestinian trade
19-Mar-2008 AIC
Israel is not interested in the supposed “peace dividends” associated with free trade based on the sovereign economic policy of all parties. Israel evidently has other plans, most obvious of which are territorial expansionism and control of the population, both incompatible with Palestinian sovereignty.
Europe headed for new security deal with Israel
4-Mar-2008 The Arab American News
The European Union is considering new steps to deepen its cooperation on scientific research with Israel, despite admitting that previous funds earmarked for that purpose have gone to firms operating illegally in the Palestinian territories.
Olmert in free-trade talks with Japan
27-Feb-2008 Globes
Japanese officials have expressed interest in Israel’s water and aerospace industries.
Olmert heads to Japan with eye to boosting trade
24-Feb-2008
Prime Minister Ehud Olmert is to leave Sunday on a four-day trip to Japan, with an eye to boosting bilateral trade.
Israel signs free-trade accord with South American bloc
18-Dec-2007 Haaretz
Mercosur, the South American trade bloc (Argentina, Brazil, Paraguay and Uruguay), signed a free-trade agreement with Israel on Tuesday, its first pact with a country outside of Latin America.
Israel: India next goal for free-trade agreement
16-Dec-2007 Globes
Israel is due to sign a free-trade agreement with Mercosur this week, and is considering an agreement with Russia and India.
Mercosur plans to sign free trade agreement with Israel
14-Dec-2007 Tempo Real
Mercosur is expected to sign a free trade agreement with Israel next week during the Mercosur Summit in Montevideo, Uruguay.
Israeli, Palestinian businessmen urge trade talks
12-Dec-2007 The Guardian
Key members of the Israeli and Palestinian private sectors recommended in a joint study that peace negotiators adopt a "Free Trade Agreement Plus" (FTA Plus) as the basis for economic relations between Israel and any future Palestinian state.
Holy See and Israel close to bilateral agreement, says Israeli ambassador
11-Dec-2007 CNA
The agreement deals with economic issues, as well as with the legal and financial status of Church properties in the Holy Land.
Qualified industrial zones: Trade deal with the US and Israel boosts textiles
11-Dec-2007 FT
The deal allows Egyptians to export to the US tariff-free as long as they use a certain percentage of Israeli goods. The US initiative is intended to foster peace through trade. Qiz’s impact on thawing the political relations is questionable. But, for Egyptian garment producers, it has meant a chance to stand up to the competition posed by Asian producers.
Israel-S. America trade deal imminent
28-Nov-2007 Jerusalem Post
Mercosur, South America’s four-nation trading bloc, is poised to clinch a historic free-trade pact with Israel, officials said Wednesday.
Ukraine to start free trade talks with Israel
22-Nov-2007
Ukraine plans to start free trade talks with Israel in the first quarter of 2008, President Victor Yushchenko said during his meeting with Israel’s business leaders on Thursday, according to the President`s press-office.
Israel boycott office ’must be reopened’
5-Nov-2007 Gulfnews
A parliamentarian committee in Bahrain has called for the reopening of the Israel boycott office. Manama shut down the office in 2005 as part of the requirements by the US Congress before it ratified a free trade agreement with Bahrain
Israel, Mexico amended the Israel-Mexico Free-Trade Agreement of 2000
30-Oct-2007 Port 2 Port
The amendment allows for goods originating in Israel or Mexico to undergo minimal processing or storage in a third country, such as the US or EU, and still retain duty-free status
Egypt, Israel to amend trade agreement
8-Oct-2007 IHT
Egypt and Israel have agreed to reduce the percentage of Israeli components that must be included in Egyptian-made products that receive duty-free status when exported to the United States
0 | ... | 180 | 200 | 220 | 240 | 260 | 280 | 300 | 320 | 340 | 360
Subscribe to bilaterals.org weekly