Power play hurts the nation’s health
6-Jan-2006
The Labor Party’s 2004 amendments to the legislation enabling the free trade agreement with the US have nothing to do with good policy and everything to do with good politics.
Thai officials dispute opposition claims on free trade with US
6-Jan-2006
An official from Thailand’s bilateral Free Trade Agreement negotiating team today disputed claims by opposition groups that a free trade agreement with the US would adversely affect the country’s prescription drug market.
IPR debate centers on cheap drugs
6-Jan-2006 Manager
The heated debate over intellectual property is one of the sticking points in the free trade agreement (FTA) negotiations between Thailand and the United States, which are scheduled to resume next week.
PhRMA statement on US-Egypt free trade agreement
6-Jan-2006 PhRMA
PhRMA believes that a strong FTA is in the interests of Egyptian patients as well as the business community.
Drug companies pressure Govt to review FTA
4-Jan-2006 ABC
The debate over the cost of medicines in Australia took a new twist today, with Acting Prime Minister Mark Vaile declaring the Government will have a second look at provisions within the Free Trade Agreement with the United States. They’re provisions that were specifically designed to keep the cost of pharmaceuticals down. 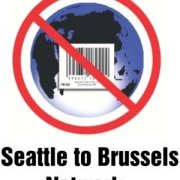 FTA change will push drug prices up: ALP
3-Jan-2006 ABC
The Federal Opposition is warning the cost of medicines will rise if a Labor amendment designed to protect Australian drug prices in the US Free Trade Agreement (FTA) is removed.
CRS Report for Congress: Intellectual property and FTAs
2-Jan-2006
Some observers believe that certain FTA provisions may lock the United States into current intellectual property policies, inhibiting opportunities for future reform. Others are concerned that under existing multilateral agreements, the intellectual property obligations found within one FTA may extend beyond that particular treaty partner. Some perceive FTAs to be an inappropriate and unfair vehicle for international intellectual property reforms due to the strong bargaining position of the United States.
NGO statement on need for WTO moratorium on regional and bilateral trade agreements undermining access to health
18-Dec-2005
NGOs call upon WTO Members and their trade negotiators to protect the public from the explosion of one-sided and harmful regional and bilateral trade agreements that impose TRIPS plus obligations on developing countries that undermine access to medicine.
Tonga’s WTO accession has TRIPS+ linkage
16-Dec-2005 Ip-health
Tonga acceded to the WTO yesterday and one of the conditions of it being allowed to join the WTO was to have TRIPS+ linkage of patent status and data exclusivity.
US economic and security interests enhanced by moral trade agreements
16-Dec-2005 USCCB
The chairman of the bishops’ International Policy Committee Monday offered a Catholic perspective on a pending free trade agreement, suggesting that the United States and several Andean nations could simultaneously promote human dignity and fair and sustainable development.
FTA ’to bar cheap Aids drugs’
12-Dec-2005
Aids patients are unlikely to gain access to cheaper drugs after the free trade agreement between Thailand and the United States is signed, as the planned Thai-US FTA is likely to protect only American patented drugs.
Peru’s acceptance of IP terms led to trade pact with US
9-Dec-2005 Intellectual Property Watch
An agreement by Peru to accept US demands on protecting intellectual property rights, including protections for pharmaceutical test data found in other US free trade agreements, paved the way for a final deal on a US-Peru FTA.
US, Andean nations narrow differences on IP in trade talks
4-Dec-2005 Intellectual Property Watch
Andean countries in late November narrowed differences with the United States over intellectual property protections in negotiations over a US-Andean bilateral free trade agreement, but divisions over market access for agriculture have likely delayed a final agreement until next year, at least for Colombia and Ecuador.
Peru close to sign FTA with US
18-Nov-2005 MENAFN
The proposed free trade pact with the US has caused big demonstrations in Peru due to the farmers of sugar cane, rice, corn, potatoes and cotton fear that US agricultural subsidies will make it impossible for them to compete.
Dangerous liaison
18-Oct-2005 Kathmandu Post
Under the guise of freeing trade, bilateral trade agreements (BTAs) are being used as a tool to further an absolute top-down Northern agenda, at the victimization of the poor and marginalized groups and communities of the South.
Disagreement over data protection holding up US-Andean FTA
30-Sep-2005 BRIDGES
Ecuador’s opposition to US demands on access to test data for clinical drug trials has emerged as a primary obstacle in the ongoing free trade agreement (FTA) talks between the US and a group of three Andean countries.
EIU: Andean FTA talks near conclusion
23-Sep-2005 EIU ViewsWire
An Economist Intelligence Unit briefing paper
US responsive to Thai concerns
22-Sep-2005 Bangkok Post
US congressmen have pledged to accommodate Thailand’s concerns about drug prices and freer mobility for Thais into the United States once the two countries conclude their free trade area (FTA) agreement.
US, three S. American nations begin talks
20-Sep-2005 AP
The United States began a new round of negotiations Monday with Peru, Ecuador and Colombia for a proposed free-trade agreement aimed at giving the three South American nations tariff-free access to US markets.
Govt urged to seek consensus before signing FTA with US
14-Sep-2005 MCOT
The Thai government should seek a consensus from the public before signing a free trade area (FTA) agreement with the United States, according to a leading academic.
0 | ... | 460 | 480 | 500 | 520 | 540 | 560 | 580 | 600 | 620 | ... | 640
Subscribe to bilaterals.org weekly