EU seeks to speed up trade deals as Ukraine war forces rethink
7-Jun-2022 Reuters
The European Union wants to accelerate efforts to finalise trade agreements with third parties after a six-month pause, as the bloc adapts to the Ukraine war and other challenges, EU trade commissioner said.
Free Trade Agreement: India, EU to resume FTA talks from June 27
6-Jun-2022 Financial Express
After a gap of about nine years, India and the EU will likely resume the much-awaited negotiations for a proposed free trade agreement (FTA) from June 27, as both the sides eye a deal by next fiscal.
How tension with Russia & China is pushing Europe to do more business with India
6-Jun-2022 The Print
The European Union (EU) is now looking to do more business with India by way of greater investments in Europe as tension with Russia over the Ukraine war and geopolitical concerns with China pose massive challenges to the bloc and the world at large.
EU proposes raising tariffs on countries blocking return of rejected asylum seekers
3-Jun-2022 The Brussels Times
Under a new proposal from the European Commission, non-EU nations who refuse to make arrangements to take back undocumented migrants with a failed asylum claim may have their import tariffs increased.
Bringing a gun to trade negotiations
3-Jun-2022 Euractiv
The chair of the European Parliament’s trade committee Bernd Lange argues that the EU needs more defensive instruments to safeguard its trade interests.
Taiwan tells EU it will continue to be ’trusted’ chip partner
2-Jun-2022 Reuters
Semiconductor-powerhouse Taiwan held high-level trade talks with the European Union. 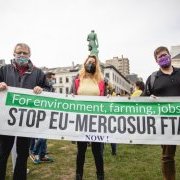 Mobility transition slowed down
2-Jun-2022 Anders Handeln
The EU-Mercosur agreement and the influence of the automotive industry. 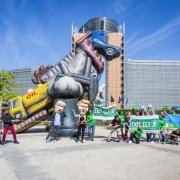 From solar dream to legal nightmare
2-Jun-2022 TNI
How financial investors, law firms and arbitrators are profiting from the investment arbitration boom in Spain.
EU to upgrade trade ties with Taiwan as China warns Brussels ‘not to gamble on this issue’
23-May-2022 South China Morning Post
The European Union will upgrade its trade and investment relations with Taiwan, as it looks to tap into Taipei’s “role as a hi-tech leader”, having earlier ditched the plan to avoid angering China.
Canada trade deal ruling could further erode Government’s majority
20-May-2022 The Irish Times
The Irish Government could come under further pressure in the autumn with a Supreme Court judgment on a legal challenge to the EU-Canada trade deal expected soon.
Spain calls for a quick ratification of EU trade agreements with Chile, Mexico and Mercosur, but what else is needed?
18-May-2022 MercoPress
Spanish foreign minister Jose Manuel Albares called on his EU peers to definitively advance in the ratification of the trade accords of the European Union with Chile, Mexico and Mercosur.
In risky move, UK signals it may scrap Northern Ireland trade rules
17-May-2022 The New York Times
The decision sets Britain on a collision course with the European Union, 18 months after a trade deal that was meant to have completed Brexit.
Europe edging closer to withdrawal from Energy Charter Treaty
17-May-2022 Euractiv
More European Union countries have shown signs of impatience with the ongoing reform of the Energy Charter Treaty, which critics say impedes efforts to phase out fossil fuels, according to leaked diplomatic cables.
EU wants to sign stalled trade agreements, but with Mercosur objections persist
13-May-2022 MercoPress
The European Union aims to finalize and sign at least three stalled trade agreements this year as the bloc looks to reinforce strategic alliances amid the turmoil caused by Russia’s invasion of Ukraine.
EU and Japan agree on digital cooperation
13-May-2022 Ghana News Agency
The European Union and Japan have agreed on increased cooperation to develop digital technologies, cyber security and artificial intelligence.
UK rejects EU proposals to resolve N.Irish trade dispute
12-May-2022 Euronews
The EU will launch legal action and possibly impose countermeasures if London takes unilateral action. 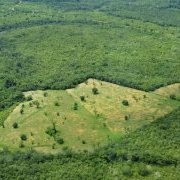 Overselling EU trade deals: new study uncovers failures of sustainability impact assessments
11-May-2022 Greenpeace
The European Commission uses flawed and tardy sustainability impact assessments as a fig leaf for environmentally, socially and economically damaging EU trade agreements, according to a new study.
What is India-EU Trade and Technology Council, and how it will help ongoing FTA negotiations
10-May-2022 The Print
Council will focus on areas like 5G and AI, seek to deepen cooperation in trade and security. Experts say it’ll ’smoothen’ overall FTA negotiations between India and EU.
Russian war leads EU bloc to push for faster trade deals
6-May-2022 Bloomberg
A group of European Union countries are pushing to kick start negotiations on stalled free-trade agreements as Russia’s war with Ukraine threatens the bloc’s economic and security interests.
India, EU to hold talks on FTA in June, set 2023-2024 target
2-May-2022 The Indian Express
India and the European Union are set to hold an initial round of negotiations on a Free Trade Agreement in June with the aim of concluding an FTA by late 2023 or early 2024, EU Ambassador to India said.
0 | ... | 20 | 40 | 60 | 80 | 100 | 120 | 140 | 160 | 180 | ... | 6080
Subscribe to bilaterals.org weekly