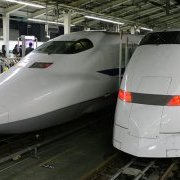 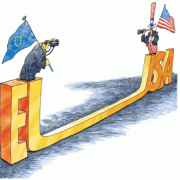 The major obstacles to the EU-US free trade deal
12-Jul-2013 Public Service Europe
Topics where EU and US politicians and stakeholders’ interests clash — such as public procurement, data protection, financial services and agricultural issues like geographical indicators and sanitary and phytosanitary measures – will prove the most problematic during talks.
EU access to government contracts won’t hurt Bumis, says envoy
12-May-2012 Malaysian Insider
The European Union’s demand for access to government procurement in its free trade agreement with Malaysia need not harm the 40-year-old policy of affirmative action for Bumiputeras, insists its envoy in KL.
EU won’t get further access to government business
1-Apr-2012
India will not concede to EU’s demand that European companies be allowed to participate in procurements made by public sector enterprises in the country as part of a free trade agreement being negotiated.
Trade deal could mean end of procurement strategies, panellists say
12-Mar-2012
An impending trade deal with Europe could spell the end of procurement strategies like the one used to award the $25-billion shipbuilding contract to Irving Shipbuilding Inc. in Halifax.
City may seek trade deal exemption
28-Jan-2012
Saskatoon should request an exemption to a large-scale free-trade agreement being negotiated between Canada and Europe, a Saskatoon city committee agreed. 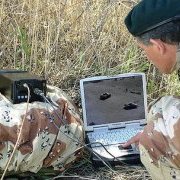 US to fight cyber wars with free trade
25-Nov-2011 Sydney Morning Herald
Selling Aussie technology to the US military just got easier.
EU urges China to open public-contract market
20-Oct-2011 European Voice
The European Union is hoping to use next week’s summit with China (25 October) to press the Chinese authorities on obstacles facing European investors and to discuss access for European bidders to China’s public-procurement market.
Procurement a sticking point in FTA talks
26-Aug-2011 Livemint
India has convinced both New Zealand and Australia not to include the subject in the ongoing negotiations
The alarmingly uneven deal of the India-EU FTA
22-Aug-2011
For over four years now, India has been negotiating a Free Trade Agreement (FTA) with the European Union (EU) - the largest trade and investment deal the country has ever embarked on. As much as New Delhi expects to lure the European market and investments closer to India, the actual consequences for the country’s economy could be dire: the open up of public procurement, the deregulation of the banking, automobile, retail and mining industries plus the adverse impact the deal will have in small-scale farmers make of this FTA a counter-productive undertaking.
Trade deal a gamble for municipalities
9-Jun-2011
Last weekend, municipal councillors from across Canada met in Halifax for the annual Federation of Canadian Municipalities convention. On the agenda were infrastructure renewal, how to best deliver social services, and how cities should confront climate change. But if you were following the FCM’s Twitter hashtag Saturday morning, you’ll have seen that trade was perhaps the most controversial topic of discussion, namely the Canada-EU free trade agreement.
Provinces hold key to next stage of EU-Canada trade talks
16-Dec-2010
Free-trade talks between Canada and the European Union will enter a crucial phase early next year, when the provinces will be asked to clarify where they stand on opening their procurement contracts to foreign bidders — a potential dealbreaker for the Europeans. 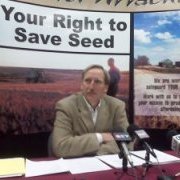 NFU against EU trade proposal
15-Oct-2010 600 Action News
The National Farmers Union is raising alarm bells over a proposed trade agreement between Canada and the European Union.
Canada introduces bill to enact Panama free trade agreement
24-Sep-2010 Bloomberg
The trade agreement will give Canadian companies access to the government procurement market in the Central American country, including the expansion of the Panama Canal, Van Loan said at the time.
India to keep EU, Japan out of govt procurement
8-May-2010 The Economic Times
India is not likely to entertain requests for opening government procurement in its FTA negotiations with EU and Japan respectively.
EU/India: Commission in new free trade push with New Delhi
27-Oct-2009 Europolitics
Following the conclusion of an FTA with South Korea, the European Commission’s Chief Negotiator, Ignacio Garcia Bercero, has stepped up efforts to reinvigorate the trade negotiations with India. However, two key contentious issues are standing in the way of further progress, namely tariff liberalisation and public procurement.
US-Malaysia: One hitch may be taken off FTA talks
29-Sep-2009 Business Times
One obstacle in US-Malaysia Free Trade Agreement talks may be taken off the table following high-powered discussions on government procurement between the two trade partners.
India, Japan to start fresh talks on 29 September
24-Sep-2009 LiveMint
India and Japan will start a fresh round of talks on a free trade agreement on 29 September after discussions in January remained inconclusive because the countries failed to find common ground on a few contentious issues.
EU wants pact to include govt procurement
11-Sep-2009 Business Standard
Ahead of the next round of talks on a bilateral trade treaty with India, the European Union today said it was keen that the comprehensive pact included government procurement agreement, which India has resisted so far.
0 | 20 | 40 | 60 | 80
Subscribe to bilaterals.org weekly