EU-Korea business club unhappy with revised FTA with US
7-Dec-2010 Chosun Ilbo
In early signs that the renegotiation of Korea’s free trade agreement with the U.S. was the thin end of the wedge, the European Union Chamber of Commerce in Korea said Monday it is reexamining environmental and safety clauses in the automotive segment of the Korea-EU FTA.
EUCCK asked to help FTA passage
27-Oct-2010 Korea Times
The Korean government is urging European businessmen to lobby lawmakers in their home countries to ratify the Korea-EU free trade agreement.
EU-Korea: Parliament delays vote on free-trade safeguards
22-Oct-2010 EV
The European Parliament has postponed a vote on attaching safeguards to a free-trade deal between the EU and South Korea because of disagreements with the European Commission and member states. 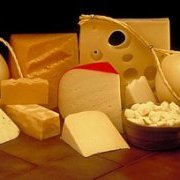