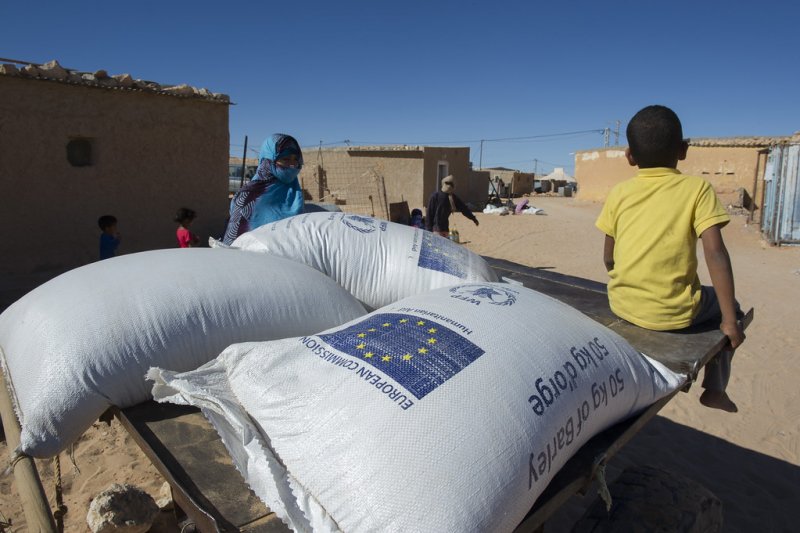 In 2002, Algeria signed an Association Agreement with the European Union in Valencia, Spain. It came into force on 1 September 2005. This trade agreement forms part of the EU-driven "Barcelona process", which aims to convert the Mediterranean basin in a giant free trade zone, under the EU’s dominant sphere of influence, by 2017. (The European Free Trade Association — Iceland, Lichtenstein, Norway and Switzerland — also wants an FTA with Algeria.)

In parallel, Algeria is being primed by Washington for a US FTA. This is part of the US’ own plan to create a US-Middle East free trade area, which would extend into the Maghreb, by 2013. Algeria already signed a Trade and Investment Framework Agreement with Washington, a preliminary step towards a US FTA, in 2001.

For its part, the Algerian government has signed a free trade agreement with neighbouring Tunisia, has been a candidate member of the Greater Arab Free Trade Area and would like to secure FTAs with the West African Monetary Union and Iran. In December 2008, the government announced its decision to fully enter GAFTA on 2 January 2009, raising the ire of the business sector. The corporate chiefs felt unconsulted and bound to lose to the influx of cheaper goods from other Arab countries. Some even threatened to outsource production to other GAFTA states and export to Algeria instead of producing in Algeria. Algeria is currently in the process of joining the World Trade Organization.

Algeria seeks free trade deal with West African countries
19-May-2008 Afrique en ligne
Algeria is working on signing free trade agreements with the West African Economic and Monetary Union (UEMOA) countries, the union said in a statement Monday.
Tunisian and Algerian businessmen discuss free-trade zone
13-Feb-2008 Maghrebia
Businessmen from Algeria and Tunisia are pushing for an FTA between the two countries
The European party agrees amending the Association Agreement
9-Feb-2008 El Khabar
The EU says it will revise the its Association Agreement with Algeria, pointing out competition from China and enhanced ’security’ interests
L’accord bilatéral entre l’UE et l’Algérie reste bloqué
5-Feb-2008 Le Maghreb
M. Mandelson a souligné que l’accord d’association, qui est "une base" de développement des relations bilatérales entre l’Algérie et l’UE, ne fonctionne pas bien actuellement.
Bilateral trade between Algeria, EU registers huge imbalance
31-May-2007 People’s Daily
Algeria has experienced a rapid increase of imports from, and low exports to, the other side of the Mediterranean after signing the Algeria-European Union (EU) association agreement in September 2005.
Netherlands signs investment agreement with Algeria
21-Mar-2007 NIS News Bulletin
This is important for Dutch investors because the Algerian market is attractive for sectors such as energy and agriculture.
Algeria about to lose $5bn
4-Sep-2006 El Khabar
The dismantling of customs tariffs on the entry of EU goods under the EU-Algeria association agreement is expected to cause to Algeria a five billion dollar loss in income and 500 000 jobs.
Algeria offers business opportunities for the US private sector
16-Apr-2005 US-Algeria Business Council
The U.S.-Algeria Business Council is working to bring U.S. investment and trade to Algeria to bolster Algerian President Abdelaziz Bouteflika’s strategic decision to integrate his country into the global economy.
Algeria set to join WTO, sign US free trade agreement
6-Dec-2004
“Our economy is based too much on hydrocarbons. We must diversify our economy. If not, Algeria will become lost in the global marketplace,” Abdelhamid Temmar, chief economic counsel to President Abdelaziz Bouteflila, said last week during meetings with finance and trade leaders in Washington.
Algeria joins Arab Free Trade Zone
5-Nov-2004
Algeria has inked an agreement for improving trade and facilitating commercial exchanges among Arab countries that constitute the basis for the Arab Free Trade Zone
0 | 10