S. Korea-Canada FTA to deepen partnership: Canadian governor general
26-Feb-2013 Yonhap
The absence of a free trade deal between South Korea and Canada is the weakest link in their bilateral relations, and the two countries need to conclude one this year to deepen their partnership in a wider range of areas, Canada’s visiting governor general said Tuesday.
Korea, Canada agree to resume free trade negotiations
21-Jun-2012 Arirang News
Korean President Lee Myung-bak and Canadian Prime Minister Stephen Harper have agreed to re-open negotiations for a bilateral free trade agreement within this year. 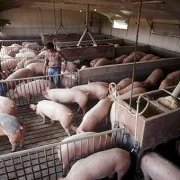