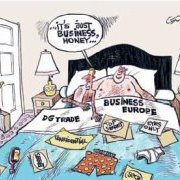 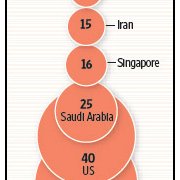 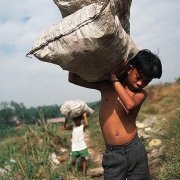 India, EU to focus on trade deal hurdles next week
19-Jan-2010 Reuters
Indian and European negotiators will focus on whittling down differences over market access and intellectual property rights when they meet next week to push for a bilateral trade pact, a European diplomat said on Monday.
India-EU FTA will lead to new wave of investments
21-Nov-2009
A new wave of investments from India to Europe and from Europe to India is likely to follow the India-EU free trade agreement which would take the bilateral trade to 160 billion euro by 2015, says the Indian Ambassador to France Ranjan Mathai.
BUSINESSEUROPE and the Confederation of Swedish Enterprise statement on the EU-India relationship
12-Nov-2009
Statement from the 9th EU-India Business Summit organised by the Confederation of Indian Industry, the Federation of Indian Chambers of Commerce and Industry, The Confederation of Swedish Enterprises and BUSINESSEUROPE on 6 November 2009
EU tramples on India’s poor
9-Nov-2009 The Guardian
The EU is pushing an unsavoury free trade deal that would force India to give up control of its banking sector and drugs industry
Labour pangs likely to hold up India-EU free-trade agreement
8-Nov-2009
The fate of the India-EU trade and investment agreement—which seeks to further open up bilateral markets for goods, investments and services—may hang in balance as India and the EU lock horns over including labour standards in the pact.
Bumpy road ahead for India-EU FTA
31-Oct-2009 Economic Times
Sources say that the two sides are nowhere close to an agreement.
EU/India: Commission in new free trade push with New Delhi
27-Oct-2009 Europolitics
Following the conclusion of an FTA with South Korea, the European Commission’s Chief Negotiator, Ignacio Garcia Bercero, has stepped up efforts to reinvigorate the trade negotiations with India. However, two key contentious issues are standing in the way of further progress, namely tariff liberalisation and public procurement.
0 | ... | 350 | 360 | 370 | 380 | 390 | 400 | 410 | 420 | 430 | ... | 490