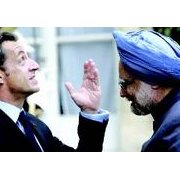 Unequal partners
4-Jun-2009 Women on Air
Conversations on the EU-India FTA
India keen on fast conclusion of FTA with EU
4-Jun-2009 Live Mint
India on Wednesday said it is committed to expeditiously conclude a free trade agreement with the European Union (EU) and is expecting some headway when the next round of talks take place here in July.
India firm on duty-free access to EU market
28-May-2009 Business Standard
India will stick to its demand for duty-free access to 95 per cent of the outward trade from India to the European Union (EU), against 90 per cent of that from the EU to India, for a Free Trade Agreement (FTA), a top government official from the commerce ministry said.
EU Par wants India FTA to address "child, bonded labour"issues
21-Apr-2009 PTI
"Concerned" over "child and bonded labour" in India, the European Parliament has strongly pressed the European Union to include the issues in the Free Trade Agreement talks with New Delhi, which is stoutly against inclusion of social issues in commercial deals.
Reciprocal terms missing in the proposed India-EU pact
9-Apr-2009 Economic Times
Unlike other bilateral agreements, the potential implications of India-EU FTA would be far-reaching since nine EU-based banks together controlled 65% of total assets of foreign banks in India in 2008. By asset size, out of the top 10 foreign banks in India, six are European.
G20 should halt free trade agreements
30-Mar-2009 Traidcraft
In a report released today, Traidcraft shows that the EU-India free trade agreement (FTA) under negotiation, would strip away essential policy tools that India needs to support its economy and safeguard jobs — when European governments are doing all they can to rescue their own economies during these exceptional times.
EU-India: Free Trade Agreement to be signed by the end of 2010 say MEPs
27-Mar-2009 European Parliament
Disappointed with the slow pace of negotiations, MEPs would like to see a Free Trade Agreement signed with India by the end of 2010, in a report adopted in Strasbourg by the European Parliament.
EU-India FTA: Public interest groups detained during protest
21-Mar-2009
As the 6th round of negotiations related to the EU-India Free Trade Agreement got underway In Delhi today, the police detained several representatives of public interest groups during a peaceful protest in front of the office of the European Commission. Trade bureaucrats from the EC and Indian Commerce Ministry will deliberate on issues ranging from services, manufacturing, trade facilitation and government procurement till 19 March. 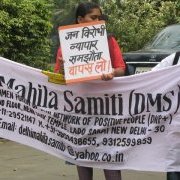 Protesters detained outside European Commission office
18-Mar-2009 Times of India
As the sixth round of negotiations related to the EU-India Free Trade Agreement (FTA) got underway on Tuesday, the police detained a couple of representatives of public interest groups during a peaceful protest in front of the office of the European Commission (EC).
Amid protests, EU-India trade talks begin today
17-Mar-2009 WSJ
Ahead of the three-day free trade negotiations between India and the European Union, starting on Tuesday, a campaign group led by trade unions and non-profit organizations have asked the government to halt the talks.
0 | ... | 370 | 380 | 390 | 400 | 410 | 420 | 430 | 440 | 450 | ... | 490