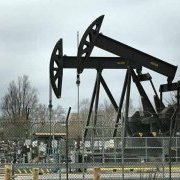 Analysis: The free trade pact that’s costing crude buyers
1-Jun-2012 Reuters
Buried in the small print of an obscure trade agreement between Europe and South Korea is a clause which is costing oil consumers around the world money.
EU retailers to seek Korean partners at Seoul trade fair
28-May-2012
The Korea Trade Investment Promotion Agency said Monday that it will hold a business fair for European retail companies next month on the first anniversary of the Korea-EU free trade pact.
Ford Europe hits at EU-Korea trade deal
5-May-2012
The European boss of Ford Motor, the continent’s fourth-ranked carmaker by sales, has complained about “significant imbalance” in trade in cars under a free trade agreement with South Korea that took effect last year.
Enactment of Korea-EU Free Trade Agreement triggers amendments to IP laws
12-Jan-2012 IAM
The Korea-EU Free Trade Agreement (FTA) came into effect on July 1 2011. As a result, a number of acts that directly relate to intellectual property have been amended.
FTA drives S. Korea’s car exports to EU
6-Dec-2011
South Korea’s car exports to the European Union (EU) surged 40.1 percent on-year in the first 10 months of 2011, fueled by the bilateral free trade pact, a local industry association said Tuesday.
Korea’s imports exceed exports after FTA with EU
14-Nov-2011 Arirang
The rate of imports has overwhelmed that of exports for the past three months from July when the Korea-EU FTA kicked into effect.