The Gulf Cooperation Council (Bahrain, Kuwait, Oman, Qatar, Saudi Arabia, the United Arab Emirates, with Yemen hoping to join by 2016) is dealing head-on with bilateral free trade agreements at various levels. On the one hand, it has gone through a lot of tension as its member countries have been drawn into individual bilateral treaties with foreign powers like the United States, including with a major row between Saudi Arabia and Bahrain when Bahrain signed with Washington. On the other hand, it has been working as a group to establish FTAs with others, including Australia, China, Mercosur, Japan, Jordan, Korea, Turkey, New Zealand, India, Iran, ASEAN and the European Union. It signed an FTA with Syria in 2005, and more recently with Singapore (2008) and EFTA (2009).

last update: May 2012 photo: US Department of State/Wikimedia Commons 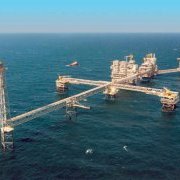 Free trade agreement talks between GCC & China gain momentum
16-May-2016 The Peninsula
The talks between GCC countries and China to reach a Free Trade Agreement (FTA) have gained momentum. Once implemented, the agreement will further boost cooperation and the volume of trade between the two sides.
The case for free trade in the GCC
23-Sep-2015
It has been 240 years since Scottish economist Adam Smith made the then-outrageous suggestion that nations could improve their wealth by removing tariffs on imported goods. At the time, 1776, not only did these taxes — invariably more than 40 percent on certain goods — inflate prices for consumers, they often accounted for the majority of government revenues.
GCC leaders to meet with President Obama
11-May-2015
Leaders of the Gulf Cooperation Council will be meeting with President Barack Obama this week at the White House and at Camp David. The six member nations of the GCC include Saudi Arabia, Kuwait, Bahrain, Qatar, the United Arab Emirates, and Oman.
GCC builds up its Asia strategy
4-Oct-2014 Gulf News
MoU with South Korea can be leveraged into something significant, including a free trade agreement
Australia seeks GCC free trade agreement
15-Apr-2014
Australia is keen to resume its negotiations with Gulf countries on a free trade agreement, or FTA, in addition to foreign investment in a number of sectors, Trade and Investment Minister Andrew Robb said in Dubai on Sunday.
GCC looks east for win-win trade deals
3-Feb-2014 Gulf News
The Gulf Cooperation Council is increasingly looking eastward to secure trade accords, which in itself reflects the difficulties in concluding free trade agreements with the likes of the European Union.
GCC, China to sign ’’14-17 action plan, resume FTA negotiations - Amb. Al-Muzayen
17-Jan-2014 KUNA
Senior officials from the GCC countries and China met in Beijing on Thursday and discussed the resumption of negotiations to establish a free trade zone, a senior diplomat said.
0 | 10 | 20 | 30 | 40 | 50 | 60 | 70 | 80
Subscribe to bilaterals.org weekly