US-China phase-one trade deal gets a reality check after nearly two years
22-Nov-2021 South China Morning Post
As the two-year deadline for the phase-one trade deal between the world’s two largest economies is approaching, all eyes are on the next step.
US, China hold trade talks, with tariff removal among the agendas
11-Oct-2021 Kyodo
They reviewed the implementation of the phase one deal and agreed that the two sides would "consult on certain outstanding issues," the USTR office said.
China will likely fail in its CPTPP bid — but it’s a ‘smart’ move against the US, say analysts
27-Sep-2021 CNBC
China will likely fail in its bid to join the Comprehensive and Progressive Trans-Pacific Partnership — but its move to submit an application highlighted the lack of U.S. economic policy in Asia-Pacific, said analysts.
US-China tech war: why a digital trade deal with Japan and South Korea is key to gaining the upper hand
3-Jun-2021 South China Morning Post
In this competition over standards, whichever nation first strikes a trilateral deal with technology leaders Japan and South Korea will secure a strategic chokepoint in the digital architecture of Asia.
US-China trade war: top negotiators hold ‘candid and constructive’ talks, first of Joe Biden presidency
27-May-2021 South China Morning Post
USTR said the phase one trade deal was important but only one part of a challenging and complex relationship between the world’s two largest economies.
US, China to assess Phase 1 deal soon, Biden trade chief says
6-May-2021 Reuters
US Trade Representative said she expects to engage “in the near term” with Chinese officials to assess their implementation of the “Phase 1” trade deal.
Biden trade pick says China must deliver on phase-one pact
26-Feb-2021 Bloomberg
Tai called on China to live up to the commitments in its trade pact with the US and wants to accomplish similar goals as her predecessor but in a more process-driven manner.
Could Biden make US-China trade better for workers?
15-Feb-2021 The Diplomat
If decoupling is not in the cards, the United States must find a way to ensure trade improves the lives of workers – on both sides of the Pacific.
China’s trade with US failed to meet phase-one deal targets last year, and 2021 is not expected to yield more success
25-Jan-2021 South China Morning Post
Analysts point to unrealistic goals in original deal with United States, and overall trade goals may continue to remain elusive in this year. 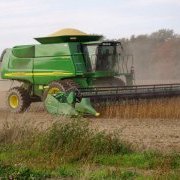