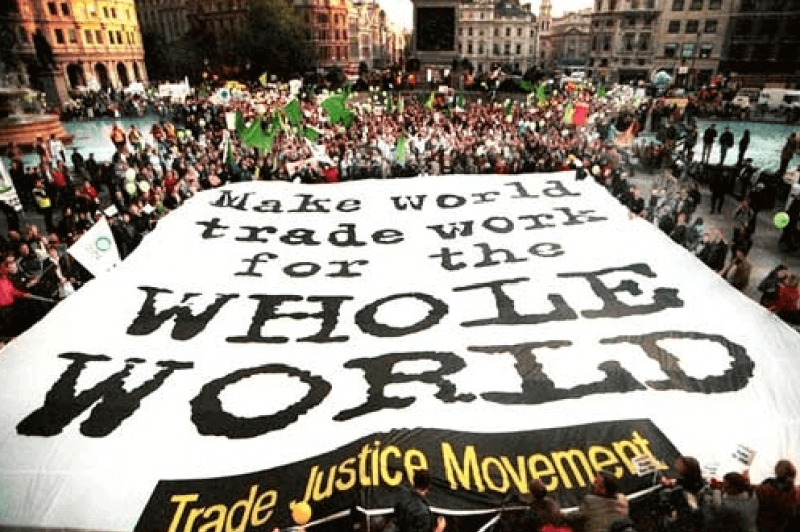 A globalisation for people, not business

Economists were certain that free trade would be a major source of general welfare enhancement. Resistance against it has been widely seen as irrationality driven by blind nationalism. Recent developments have shaken this firm belief in the benefits of free trade. The rise of right wing populism with all its severe political repercussions seems to indicate that deeper and deeper, stronger and stronger global economic integration is rejected by many people. So, what went wrong?

Economic theory is not the real issue. The conclusion that a global division of labour is beneficial given a wide set of assumptions still holds. This is even true with all the usual caveats referring to distributional problems within international trade as well as the impact of technological change that may change comparative advantages of individual economies. All these problems can be solved with appropriate compensatory policies that can be financed out of the benefits of free trade. The lack of sufficient compensatory policies is sometimes seen as the root of the present distrust in globalisation. Beyond a shadow of doubt, these considerations contain more than a grain of truth. But they are not at the core of the problem.

What is relevant in this debate is understanding what the term “free trade” means precisely. In earlier times, it meant the absence of customs and tariffs as well as non-discrimination of importers. In more recent times, the concept of free trade was extended to embrace the abolition of so-called non-tariff barriers. These are norms and regulations that are in principle different for each economy. They are based on political considerations and reflect the political preferences of each society. From a trade perspective they can be easily interpreted as barriers to entry into a market. This opens a completely new field of thinking and of shaping global trade.

From this perspective their removal looks like a recipe for intensified trade. There may be good reasons to argue in favour of getting rid of norms that had been specifically designed to keep imports out of domestic markets. However, a general abolition or equalisation of norms and regulations could prove detrimental to further economic and political development.

Several types of regulations should be considered important in this respect. These are labour market, environmental and consumer protection regulations. All of them are of major influence on people’s everyday lives. Their nature reflects the views of a particular society in all these fields. These may be based on economic, political or even philosophical considerations that may be shared in other societies – or not.

Defining such regulations as a trade barrier then ignites a severe conflict. This clearly showed up during the TTIP negotiations. A relatively innocuous if now infamous example in this context is chlorine chicken. An initially heated debate was about the potential harm they may cause for consumers. Americans insist on chicken being chlorinated in order to feel safe to eat them, Europeans on the other hand are fear the very same chlorine is detrimental to their health. One can find reasonable arguments for both positions. If the difference between them is understood as an obstacle for free trade that should be removed, trade becomes a divisive issue. After all, decisions have to be taken if trade is supposed to be freed from such barriers.

As a European either you allow chlorinated chicken to be traded or it is forbidden to import them to Europe. As an American either you allow unchlorinated chicken to be imported to the US or you decline it. From a position of barrier-free trade, everything should be allowed. But this means that consumer preferences in both regions come under pressure.

One might hope – as in case of traditional tariffs – that these negative impacts can at least be financially compensated for by the additional high revenues created through trade freed from non-tariff barriers. However, many empirical studies show that gains from these types of trade are of a minor order. This applies especially where customs tariffs are already very low, which is the case for most countries that are integrated into global trade these days. The additional removal of non- tariff barriers seems to have only a very slight wealth-enhancing impact. Consequently, it is highly doubtful whether the losers in any trade-induced de-regulation can gain anything from the removal of non-tariff trade barriers. Their hopes of compensation will most likely be disappointed. Given that, their resistance against free trade agreements of this kind is completely rational.

The bottom line is: Globalisation is in crisis because of its almost totalitarian outreach to all areas of everyday life. People feel a loss of control, because their way of life is perceived as subject to trade requests solely for the benefit of globally acting firms. From this perspective, free trade means a limitation of people’s freedom. That fuels support for all kinds of populism whose proponents promise to regain control of their own country and restore freedom rather than be a “vassal state”.

If the benefits of global trade are to be preserved, constraints are unavoidable. In order to establish such a new global trade architecture, a return to multilateralism is necessary. But a fundamental reform of rules seems advisable. A key point should be that national regulations cannot be part of trade agreements. That leaves political leeway for democratic institutions to shape their own country according to the preferences of their citizens. At the same time, the benefits associated with trade are basically preserved as long as tariffs are low and imports not discriminated against. This is a globalisation for the people and not for companies alone.

Gustav Horn is Scientific Director of the Macroeconomic Policy Institute of the Hans Böckler Stiftung in Germany.