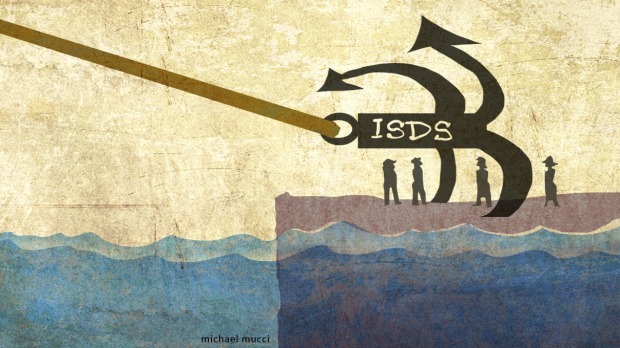 A need for preventive investment protection?

By Cezary Wiśniewski and Olga Górska

It is not unusual that a foreign investor is put in a situation where the investment has not been infringed yet and no damage has been caused, but an infringement is very likely to happen. The investor is then often left without any available domestic recourse, which is particularly true as regards general legislative measures. In this context recent developments in Poland call anew the question of preventive investment protection and the pre-emptive use of bilateral investment treaties (“BIT”).

On 5 August 2015 the lower chamber of the Polish Parliament adopted a draft law concerning the restructuring of consumer mortgage loans denominated in foreign currency. In practice, restructuring would have the effect of converting foreign currency mortgage loans into Polish zlotys at the exchange rate binding on the day the loan was granted. The banks would bear 90 per cent of the restructuring costs, whereby the total loss to the banking sector in Poland resulting from the new law could exceed 5 billion euro.

The potential effects of the new Polish law, thus, greatly resemble the well known Argentine cases CMS (ICSID, ARB/01/8) and El Paso (ICSID, ARB/03/15) based on the compulsory conversion of USD denominated receivables. Before, however, voting on the new law in the higher chamber of the parliament a number of foreign banks controlling the major banks in Poland sent letters to several Polish governmental authorities informing them of their potential BIT claims, which they would pursue if the new law was adopted. Even if not exclusively due to this intervention, the Senate amended the loan restructuring terms, decreasing the banks’ share in the restructuring costs to 50 per cent. The draft law was sent back for further works to the lower chamber of the parliament, which will at least delay the legislative process. There are, however, signals that the government may fundamentally change the current loan-restructuring model and refrain from placing any direct restructuring costs on the banks.

The above developments are yet another example of the new trend crystallising in investment arbitration, revealing investors’ need for the pre-emptive protection of their investments. This protection is aimed at preventing any likely breaches by the Host State at the stage where no actual infringement of the investment has occurred. The need for the pre-emptive protection of foreign investment may basically come into play in relation to various acts of the Host State. It follows from the current jurisprudence in investment cases that foreign investors have already tried to pre-emptively rely on the BIT protection both to challenge new legislative regulation of a general nature as well as to block individual acts (administrative decisions) of the State.

Probably the most striking example of redress sought against still-to-be-adopted legislation was the Achmea II proceedings (PCA Case No. 2013-12). In its second action against the Slovak Republic (the first proceedings were registered under PCA Case No. 2008-13 and related to enacting law prohibiting private insurers operating in Slovakia from distributing their profits to shareholders) the Dutch health insurer Achmea tried to prevent Slovakia from enacting a governmental draft law reforming the health insurance system. The reform envisaged the creation of a single, state-run health-care insurer, squeezing out the two existing private health insurance providers, one of them being an Achmea-controlled entity. At the time of Achmea’s notice of arbitration (6 February 2013) the governmental draft still needed parliamentary approval. Furthermore, the draft provided for three alternative scenarios for reform implementation. Hence, the mere enactment of the new law would not determine its impact on Achmea’s investment. Nevertheless, Achmea filed a BIT claim, requesting – among other things – “to order the Slovak Republic to refrain from expropriating Achmea’s investment” (Award on jurisdiction and admissibility of 20 May 2014, para. 96). Clearly, the claim was aimed at preventing the new law from being adopted and entering into force. Absent the actual expropriation of the investment (and breach of the FET standard also alleged by Achmea) the Tribunal found that the investor failed to demonstrate that it had a prima facie case on the merits and, consequently, denied its jurisdiction. The Tribunal concluded that “it is not empowered to intervene in the democratic process of a sovereign State” (Award on jurisdiction and admissibility of 20 May 2014, para. 251).

Enkev Beheer B.V. v Poland (PCA Case No. 2013-01) may serve as another example of an investor’s failed attempt to pre-emptively block a Host State’s action potentially violating investment protection standards. The Dutch investor sought to prevent a partial expropriation of its Polish subsidiary from industrial premises for the purpose of the construction of a public road. Arbitration was initiated when the administrative proceedings in Poland were still at a very early stage (nota bene, the expropriation decision was not issued before the arbitral proceedings were completed). One of the main arguments advanced in support of the expropriation claim related to the applicable compensation standard. The investor claimed that the “just compensation” stipulated under article 5 of the Dutch-Polish BIT covered compensation of full relocation costs whereas the applicable Polish law provided only for compensation equivalent to the market value of the premises. Since the expropriation was “impending” the difference in the available compensation standard was, in the investor’s view, sufficient to confirm that the expropriation was unlawful and, therefore, contrary to the BIT. Enkev requested a declaratory relief finding the Respondent in breach of article 5 of the Dutch-Polish BIT. However – obviously aware of the difficulties with establishing an actual expropriation claim – the investor additionally requested a declaratory award on the interpretation of the “just compensation” standard, resolving whether payment of the market value of the premises would suffice to meet this standard. While the reasons for dismissing Enkev’s claim in full were far more complex, the Tribunal ruled that it “has no power to advise the Parties as to any future or non-existing disputes however imminent or grave the potential dispute might be” (First Partial Award of 29 April 2014, para. 326).

The conclusions from the above are twofold. First, there is an obvious need at the investors’ side for a mechanism making it possible to prevent the threatened violation of their investment. The recent cumulative action of foreign shareholders in major Polish banks – directed to impact the legislative process and challenge the new detrimental law – clearly demonstrate that such a need exists. This is understandable since not infrequently a timely, remote possibility of compensation awarded from the Host State is far less attractive for the investor than continuing its operation intact. Second, initiating full arbitration proceedings under the applicable BIT does not seem to properly address this need for pre-emptive protection. As the Achmea II and Enkev cases demonstrate, the Tribunals are unlikely to establish a breach of the investment protection standard in the absence of any actual violating act attributable to the State. It seems at least equally unlikely that the Tribunal would prospectively regulate the State’s obligations towards the investor or order the State to refrain from certain acts (enacting new law, issuing an administrative decision). Independently, some investors may not be interested in initiating a dispute against the State, specifically if they plan to continue their presence in that State.

The question then arises whether there is any alternative available to foreign investors under the BIT which would better serve as pre-emptive investment protection and, at the same time, not force the investor into a most probably unsuccessful arbitration. An obvious but crucial observation in this respect is that arbitration has been contemplated as the last-resort step in the BIT investment protection system. It should come into play only after the Parties have failed to reach an amicable settlement following the investor’s dispute notification. The BITs do not exclude approaching the Host State in a more informal manner – as was the case with respect to the new Polish law on restructuring foreign currency-denominated mortgage loans – i.e. without formally notifying the dispute. It seems that for many investors, filing a dispute notification is just a formality they have to fulfil before they submit their case to arbitration. However, it is fair to say that where the violation of the investment is still only potential, notifying the dispute (or even addressing the Host State on an informal basis) should be the primary tool for investment protection. It may be easily imagined that in certain cases a mere threat of significant compensation payable to a foreign investor may induce the Host State to reconsider its anticipated actions. This can in particular be true with respect to general legislative acts, where typically a broader spectrum of market players, including foreign investors, would be affected and where the scale of possible compensation payments is greater. Finally, even if the pre-emptive dispute notification turns out to be unsuccessful, the investor is not precluded from bringing its case to arbitration. This time, however, the case would be based on actual and not only hypothetical acts of the Host State.