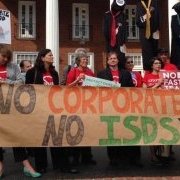 AFTINET submission to the review of ISDS in the Australia-NZ-ASEAN free trade agreement
6-Feb-2023 AFTINET
The AFTINET submission provides evidence of the harmful use of ISDS over the last decade against public regulation on health, indigenous rights, the environment and most recently against policies to reduce carbon emissions.
How Biden can end secretive corporate tribunals
3-Feb-2023 The American Prospect
The president has promised not to put anti-democratic investor-state dispute settlement mechanisms in future trade deals. But they are still in many existing ones.
Croatia to pay $256 million arbitration award to MOL - minister
3-Feb-2023 Reuters
Croatia will pay $255.7 million to Hungarian oil and gas company MOL under a ruling in an arbitration case at the International Centre for Settlement of Investment Disputes.
Potential Canada-Ecuador trade pact to navigate tricky investment protections field
25-Jan-2023 The Hill Times
Controversial ISDS provisions are trumpeted for protecting Canadian foreign investments, but are panned for allowing companies to sue countries.
Kawana Bay developers say amicable settlement remains open
25-Jan-2023 Caribbean National Weekly
The developers of the hotel project in Grenada say while an amiable settlement remains open, the “extensive damage to the project caused by the actions of the former government has severely complicated and handicapped the efforts towards settlement.
Report: Evaluating the Proposed Joint Interpretation of the Comprehensive Economic and Trade Agreement (CETA)
25-Jan-2023 Saskia Bricmont
This report analyzes the proposed interpretive guidance on the Investment Chapter of the Comprehensive Economic and Trade agreement (CETA) between Canada and the European Union.
Why a coordinated withdrawal from the Energy Charter Treaty is inevitable
25-Jan-2023 Euractiv
Since October 2022, seven EU member states have announced plans to withdraw from the European Charter Treaty. Across the board, the message is clear: the insufficient and potentially climate-damaging treaty reform effort is no longer a politically viable option.
Bite Latvia shareholder appeals to govt over 5G action by regulator SPRK
24-Jan-2023 Telecompaper
The US-based company Providence Equity Partners claims that certain actions by national public service regulator SPRK indicate a possible violation of the bilateral investment agreement between the US and Latvian governments.
Polluter doesn’t pay: The Rockhopper v Italy award
23-Jan-2023 EJIL: Talk!
The way in which the reasoning of the Rockhopper award expels any environmental considerations has the effect of making climate change interventions considerably more costly
Greta Thunberg’s arrest shows why we must abolish the Energy Charter Treaty
23-Jan-2023 Open Democracy
The treaty allows fossil fuel companies to sue governments for taking climate change action. It must go.
How Chinese companies are challenging national security decisions that could delay 5G network rollout
23-Jan-2023 The Conversation
A relatively new strategy for China is to challenge national security decisions before international tribunals using a method called investor-state dispute settlement.
CAB urges energy ministry for not signing Energy Charter Treaty
20-Jan-2023 The Daily Star
The Consumers Association of Bangladesh (CAB) submitted a petition, signed by 25,720 persons, urging the energy ministry for not signing the Energy Charter Treaty as the signing of the treaty will affect the public interest and the nation’s energy sector.
AfCFTA protocol on investment draft (Feb 2022)
18-Jan-2023
Hungarian oil giant MOL to sue Slovak government for windfall tax
18-Jan-2023 Euractiv
MOL and its Slovak subsidiary Slovnaft are working on a lawsuit against the government for the new windfall tax which aims to raise funds to help with expensive energy for more affected industries and households.
The secretive legal weapon that fossil fuel interests use against climate-conscious countries
18-Jan-2023 Grist
Investor-state dispute settlements increasingly allow oil and gas investors to sue countries over their climate policies. 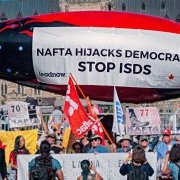 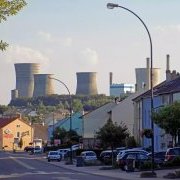 France officially leaves Energy Charter Treaty
3-Jan-2023 See
France confirmed the decision announced by Macron in October and notified the other signatories of the withdrawal, which will take effect on January 1, 2024.
The Energy Charter Treaty is on life support with little chance of revival
12-Dec-2022 Euractiv
After the withdrawal of eight EU member states, the European Commission has little prospect of reviving stalled talks to modernise the 1998 Energy Charter Treaty.
Govt, Barrick Gold settlement agreement ’legal’ in Reko Diq project: SC
9-Dec-2022 The Express Tribune
The Supreme Court declared that the settlement agreement between Canadian mining company Barrick Gold and the government of Pakistan in the Reko Diq mining project is legal.
0 | 20 | 40 | 60 | 80 | 100 | 120 | 140 | 160 | ... | 2200
Subscribe to bilaterals.org weekly