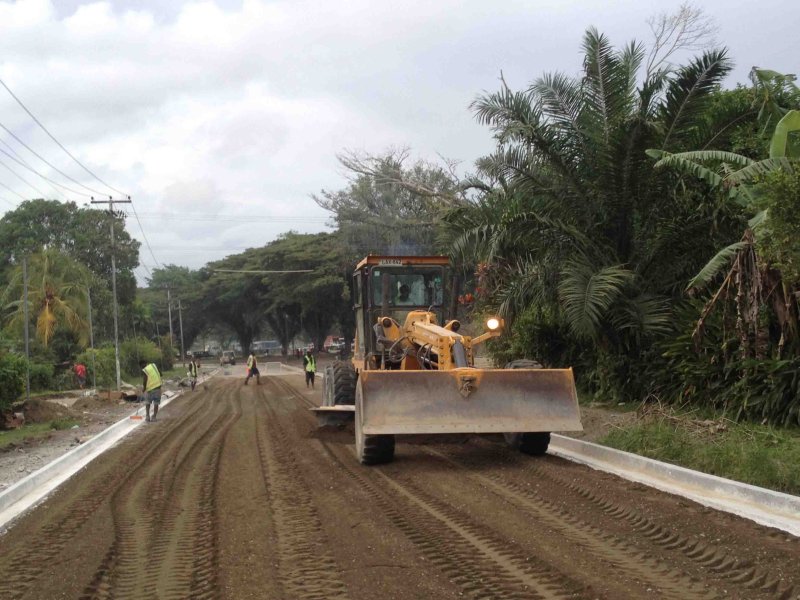 PNG’s National Planning Minister convened a bilateral meeting with the European Commissioner for International Cooperation and Development to discuss the Post-Cotonou negotiations.

Minister Richard Maru met with Neven Mimica February 25th on the margins of the high level political dialogue of the Pacific ACP and the European Union.

The purpose of the bilateral discussions was basically to take forward critical matters that need to progress in the cooperation that the European Union has with PNG, including other areas of the relations that can be advanced and strengthened.

Discussions centered on the following key areas: 1. Minister Maru acknowledged the important partnership that PNG continues to have with the European Union for over 40 years now and with the Post Cotonou Negotiations underway, there is opportunity to learn the lessons we have learnt and move forward to bring forth a stronger partnership for the ACP, the Pacific Protocol and bilaterally with individual ACP countries.

2. Minister Maru thanked the EU and their collaboration with the United Nations on the new Spotlight initiative of a commitment of 50 million Euros, which was also launched during this PACP meeting. Violence against women, girls and children is persistent in PNG. With PNG ranked 143 out of 184 countries in the Gender Inequality Index, this requires the Government of PNG to make the call on Violence Against Women, girls and children to be a national call of action. A holistic approach is required with all stakeholders to address this persistent issue. Through the Spotlight Initiative, we can elevate our efforts to:

The Minister emphasised the need for EU and all of PNG’s Development Partners (DPs) to align their support to the Medium Term Development Plan (MTDP) III, which outlines key development priorities, targets and indicators of the Government.

Investments under the 11th EDF National Indicative Program for PNG is a great opportunity to start ensuring investments are directly feeding into key economic areas as outlined in the MTDP III.

Importantly, the debated Focal Sector 1 on Strengthening Rural Entrepreneurship and Investment needs attention to ensure that we are focusing on a key production commodity with a mass impact is better value of support.

The European Commissioner, Mimica, reassured of his services to look into the concerns of the PNG Government immediately and together with Government, agree the best value of support to advance the investment, given the urgent need to commit the financing as soon as possible.

PNG looks to strengthen future trade relations with EU and intends to call on EU for a review of the current interim Economic Partnership Agreement (iEPA) with PNG to ensure that we can safeguard PNG’s trade arrangements. This was welcomed by Mimica. With the changing trade landscapes and relations, PNG is ready to look into new investments, new industry developments, new commercial services, infrastructure for trade and increase volume of trade in goods.

Both Minister Maru and European Commissioner Mimica welcomed the need to build a business relationship between PNG and European companies. Efforts will be put into encouraging the EU private sector to engage in relevant industries in PNG such as gas and mining.

Minister Maru expressed the need for the European Investment Bank (EIB) to set up in PNG like ADB and World Bank country offices so that they can better monitor existing investments in the country and work closely with Government and the private sector on future investments.

European Commissioner Mimica explained that the thrust of the Post Cotonou Negotiations was to preserve the unique ACP framework and strengthen its relations at the highest level and with a newer approach to ensure that regional specificities are also given attention.

Minister Maru raised the important need to de-risking investment with the Micro, Small and Medium Enterprises and invited the EU to consider supporting the Bank of PNG in establishing the Credit Guarantee Corporation.