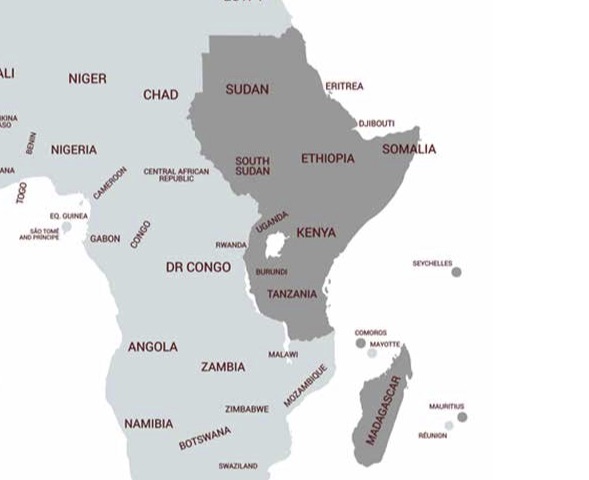 1.1 Issues and Challenges for East Africa

This study identifies issues and challenges of the African Continental Free Trade Area (AfCFTA), with a focus on East Africa.

Which countries belong to ‘East’ Africa? The African Union definition encompass- es the following 14 countries, which could be subdivided:

It should be noted that there is no common categorization across international organisations. Notably, the United Nations category of ‘Eastern Africa’ includes 20 countries or territories. Compared to the AU definition of East Africa, the UN consid- ers Burundi, Malawi, Mozambique, Reunion (a French territory), Zambia and Zimbabwe to be East(ern) Africa.

In this study, the African Union definition of East Africa will be used with the addi- tion of Burundi as this country is a member of the East African Community (EAC)

The study is structured as follows.

Section 1 provides the reader with the context. It discusses the state of play of the AfCFTA negotiations, a project that is part of the quest for African economic integra- tion.

Section 2 analyses the geography of intra-African trade and trade agreements. It might be assumed that in the short-term, benefits will flow to the country that already trades a lot with other African countries, as trade is a reflection of the production ca- pacity of a country. Furthermore, the impact and benefits of AfCFTA will also depend on the extent to which existing free trade agreements already cover intra-African trade.

Section 3 looks at the AfCFTA negotiation modalities, compares the required levels of liberalisation with those in other trade agreements between developing countries. Finally, two main challenges with the implementation of the modalities are highlighted: The issue of permutations (a multiplicity of negotiation partners) and treatment of customs unions.

Section 4 looks at the available evidence on the expected economic impacts of the AfCFTA, zooming in on East African countries.

Section 5 touches on some of the broader legal issues with the Africa, such as the relationship of the AfCFTA with other African regional trade agreement, the Tripartite FTA and the Most Favoured Nation (MFN) clause.

Sections 6 and 7 discuss rules of origin and services, respectively.

Finally, Section 8 provides a series of conclusions and actionable recommen- dations that civil society organisations and other stakeholders might consider going forward.