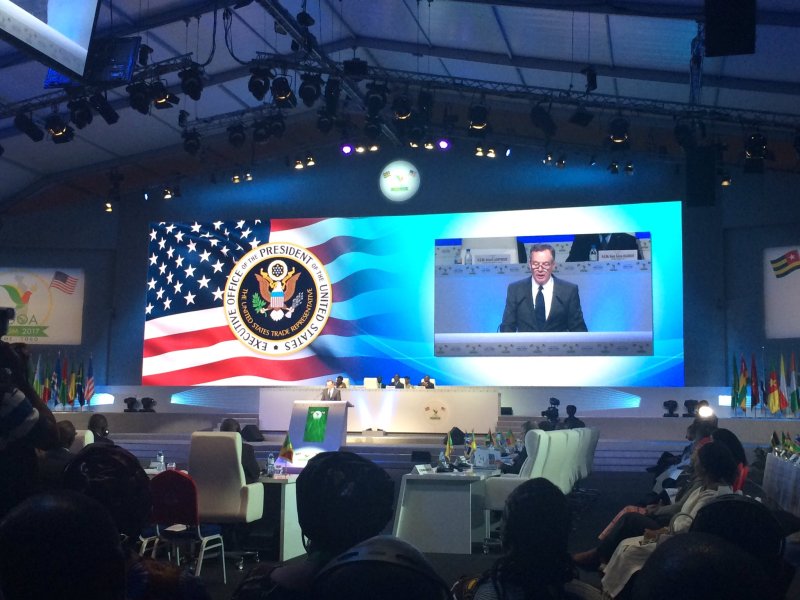 Talks between African and U.S. officials to review the African Growth and Opportunity Act (AGOA) free trade deal ended on Thursday with no decision and a feeling on all sides that it has achieved little since it was set up.

President Donald Trump’s top trade negotiator Robert E. Lighthizer and other U.S. officials have been in the tiny West African nation of Togo over the past two days to discuss the Clinton-era trade pact with sub-Saharan Africa.

Trump’s "America First" campaign has seen him withdraw from the Trans Pacific Partnership, threaten to tear up NAFTA and seek to renegotiate the U.S.-South Korea free trade deal.

But his administration has said little about Africa, and had not previously mentioned the 2000 AGOA trade agreement. It is not clear whether the U.S. wants to change the deal before it expires in 2025 or extend it further - no decision was made on either count.

"The number of countries benefiting from AGOA is very limited, as is the number of sectors," Peter Barlerin, Deputy Assistant Secretary in the Bureau of African Affairs, said at the forum on Wednesday.

"We will see if the situation improves in the coming years, but it is also up to the beneficiary countries to enhance their business climate."

Bernadette Legzim-Balouki, Togo’s trade minister, who presided over the meeting, was equally lukewarm on AGOA.

"Not all the countries eligible have benefited from the law," she said. "We are trying to examine the constraints that prevent some African countries from profiting."

Legzim-Balouki added that the United States and the nations eligible for AGOA had agreed on some loose aims, including: to develop a better plan to take full advantage of the pact, for each eligible country to have bilateral talks with the United States, and the need for a mechanism to protect African producers from price volatility.

The U.S. trade deficit with the AGOA countries shrank to about $7.9 billion last year from a peak of $64 billion in 2008, as U.S. shale oil production increases have lessened the need for oil imports from major exporters Nigeria and Angola.

"AGOA is an excellent opportunity but we aren’t making the most of it, mainly due to a lack of knowledge about it," Beninois agribusinessman Sylvain Adewoussi told Reuters.