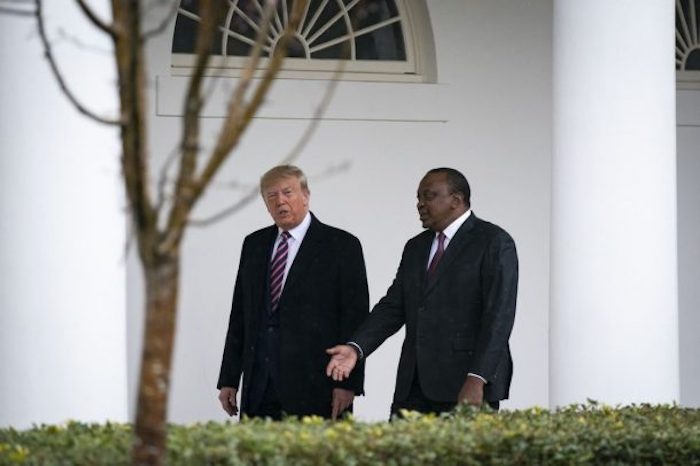 The East African Trade Network — EATN — is strongly opposed to the creation of a Free Trade Agreement between United States and Kenya.

According to the EATN, the decision by the United States and Kenya to be parties to the agreement, at this time, is extremely wrong.

The network is made up of various groups in six countries: Kenya, Uganda, Tanzania, South Sudan, Burundi and Rwanda.

James Shimanyula takes up the story.

The proposed trade deal is aimed at making import and export regulations flexible. That would make it easier for Americans to set up businesses in the East African nation.

Edgar Odari: We are opposed to the Free Trade Agreement between the United States and Kenya because it is likely to bring cheap subsidized products into the region[s] and this will edge out the small scale farmers who are working hard to produce their produce. We think it will expose Kenya to serious trade and investment disputes.

Odari says the pact would seriously undermine African integration. Not only that, but it would jeopardize the success of the Continental Free Trade Agreement of which Kenya is party to. He flashed back to the year that Egypt was locked in a trade dispute with a Spanish company.

Edgar Odari: In 2018, Egypt was told to pay two billion dollars by the International Centre for the Settlement on Investment Disputes because of a dispute with a Spanish company. These are the kind of risks that we do not want to expose Kenya which has a small economy and cannot be able to pay that kind of money to be used towards paying a private company.

He explains why the East African Trade Network is opposed to the trade pact.

Edgar Odari: We oppose it because of regulatory till. This basically means that countries, because of the risk of being sued by companies, refuse to regulate human rights and environmental issues because they fear that they will be sued at the International Centre for Settlement of Investment Disputes.

The agreement’s sticking points include the possibility that the success of another deal — the African Free Trade Agreement — would be jeopardized.

Countries in the East and Central African regions where the African Free Trade Agreement is in place are likely to be exposed to trade disputes.

Faith Lumonya is Programme Coordinator for one of the non-governmental organizations in the East African Trade Network.

Faith Lumonya: Kenya is part of the EAC, [East African Community] common market. We are concerned that if Kenya decides to pursue this particular trade arrangement, it could jeopardize the progress that has been made in consolidating the EAC as a single customs union and common market but also that it could have far-reaching implications on small-scale farmers. A lot of the US exports are heavily subsidized by their governments and so it is for this reason that most of the products that we get from the United States often reach the African market much cheaper than even the products that we have internally as African states.

She then poses a rhetorical question on the United States-Kenya trade pact. She refers to the EAC — the East African Community.

Faith Lumonya: How will Kenya ensure that it does not give more market offers to the United States than to the EAC [East African Community]. We all know that when it comes to capacity in terms of production, in terms of meeting quality standards, the US has a higher capacity. And so the possibility of loss of market opportunity by all the EAC partner states in the Kenyan market is high. In terms of imports, the fear is that a lot of cheap products from the US will eventually get into these other partner states and thereby affect production capacity.

It is perhaps worth noting that Kenya is already an exporter to the United States under the African Growth and Opportunity Act. That expires in 2025 and may be renewed beyond that date.

Independent business observers point out that Kenya has not fully taken advantage of the act. So, they ask, why would it take advantage of the proposed Free Trade Agreement with the United States?