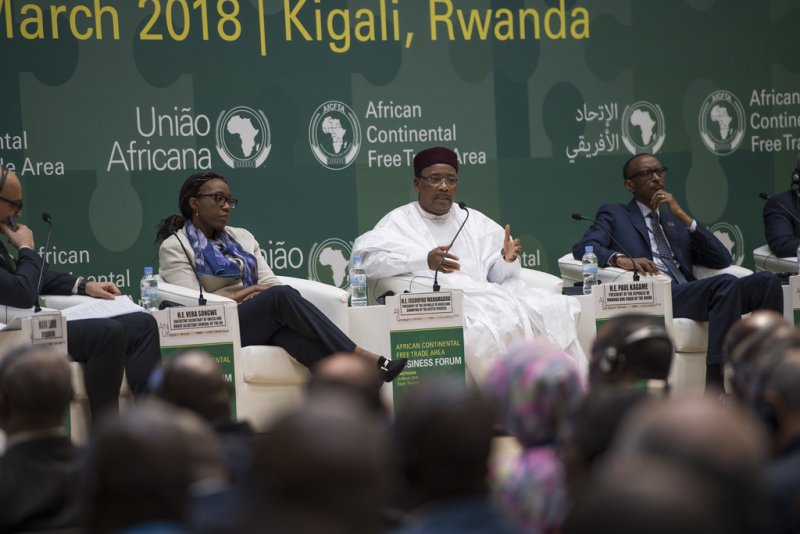 “The African continent is about to become the world’s largest free trade area. If not addressed, non-tariff barriers may slow down this effort,” the AU stressed in a statement issued on Sunday.

According to the AU, although the negative impact of non-tariff barriers on intra-regional trade is recognized, “so far there has been limited success in addressing them.”

“The success of the AfCFTA depends in part on how well governments can track and remove non-tariff barriers,” an AU statement quoted Albert Muchanga, AU Commissioner for Trade and Industry, as saying.

According to the AU, the “Trade Easier Campaign” envisaged promoting the uptake and use of the African Union’s trade barriers platform, a non-tariff barriers reporting mechanism tool, it was noted.

The tool, developed by the AU in partnership with UNCTAD, supports efforts to make continental trade easier and less costly by helping African businesses report such barriers and supporting their elimination with the help of governments, it was noted.

“If we want the AfCFTA to thrive, we have to ensure operational barriers are dropped and businesses and traders, especially small ones; don’t suffer from undue limitations placed on them as they try do the basic thing that makes economies work — trade,” Muchanga said.

The AU, however, stressed that trade barriers require bold solutions.

“Every day many African traders and businesses face barriers to trade. From quotas to excessive import documents or unjustified packaging requirements, these barriers are a big hindrance to trade between African countries and make it complicated and expensive to move goods across the continent,” the AU said.

According to the AU, regulatory and procedural barriers include customs operations and border documentation requirements, rules of origin documentation and pre-shipment inspections.

The United Nations Economic Commission for Africa (UNECA) also estimated that the AfCFTA has the potential to boost intra-African trade by 52.3 percent by eliminating import duties and could double trade if non-tariff barriers are also reduced.

The AfCFTA, which was launched in March 2018 in Rwandan capital city Kigali, has so far garnered 54 signatories, offering a new hope and continental exhilaration in terms of boosting intra-African trade, and eventually facilitating Africa’s development and industrialization.