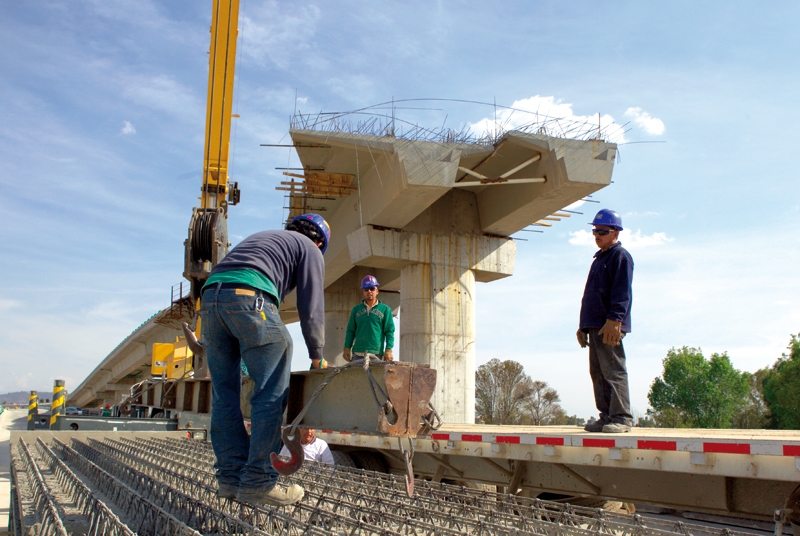 After Canada & US, Mexico next in EU North America free trade pipeline

EU member states are expected to give the green light to negotiations to upgrade a fifteen-year-old free trade agreement between the EU and Mexico. Iana Dreyer outlines what is at stake in the talks.

The imminent EU Mexico free trade upgrade needs to be seen in the wider geoeconomic context: Mexico is part of the 1994 NAFTA free trade pact with the United States and Canada. Mexico feels it needs to level the playing field for its businesses with th EU after CETA and TTIP. Mexico is also a signatory of the twelve-country Transpacific Partnership (TPP): hence EU companies feel they might lose market share in Mexico and in the TPP region.

Though Mexico doesn’t present quite a direct competitive threat to powerful and protected EU sectors such as beef in the case, say, of Mercosur, with which the EU has relaunched free trade talks this week, a new deal won’t be easy to negotiate.

Cesar Guerra, the trade representative for Mexico in Brussels said that the modernisation of the commercial pillar of the EU Mexico Association Agreement of 2000/2001 would include, “among other topics: liberalisation of agriculture goods, reform of rules of origin, with special focus on cumulation with common [FTA] partners, and seek to increase transparency and cooperation in sanitary and phytosanitary [issues]”. In services the aim would be to lock in recent Mexican reforms in telecommunications, finance and energy.

Guerra also said the deal should aim to protect investments “to the highest standards taking into account the new focus of the EU on the topic”, implying the EU’s investment court proposal to replace investment arbitration to settle disputes between investors and host states. “Mexico hopes to start shortly with the broad and ambitious modernisation of the agreement with the EU. Both sides are highly prepared to take that important step”.

The initial agreement between the EU and Mexico, the Global Agreement, dates back to 1997 and the trade aspects date back to 2000. “The effective scope of the liberalisation of the agreement was largely restricted to trade in goods .. with a minor liberalisation of trade in services”, the authors remind readers.

“The key challenges to the degree of liberalisation were with respect to the tariff elimination schedules for industrial products, agricultural trade, and services. Regarding industrial goods, the EC eliminated its tariffs in 2003, while Mexico obtained a longer transition period (until 2007), with exceptions regarding certain products of interest (e.g. automotive goods) whose tariffs were also eliminated in 2003. With respect to agricultural trade, sensitive EC agricultural products were protected (e.g. cereals, meat, and dairy products)”.

The negotiations ahead could face certain difficulties: “There seems to be no doubt that the EU will face very specific demands from the Mexican side that could be contentious”, the authors write. They cite “the inclusion of agricultural products left aside in 2000 is an obvious candidate to be raised, as is revision of EU rules of origin, allowing for accumulation of origin, and specific demands on aspects of services and investment in the services sectors (but countered by opposite demands from the EU side)”.

Mode 4 will certainly be an issue – as it already is in TiSA (see above): “Mexico will also likely raise the issue of movement of salaried workers and the applicable legal regime, at least as a defensive move to counter EU demands in other areas.”

Both sides also want to see more regulatory convergence in their coming deal. “However, it will certainly be approached very differently by Mexico and the EU”, the report reads. The authors argue that the best approach here should be based on the EU’s agreements with its neighbours EEA or old Europe Agreements of the 1990s/2000s with EU candidate countries. This is not something Mexico would necessarily buy into, as it rather sees CETA as a sort of benchmark. EEA agreements are too intrusive in terms of regulations for a country like Mexico to bear.

Yet using CETA will also be difficult for Mexico, given Canada’s extensive commitments in public procurement in the agreement. The EU will seek to open procurement markets for its companies at federal level (Mexico is a federal state) and in municipalities. Edgar Uddelohde, a recently retired Mexican industry representative who has been involved in Mexico’s key trade negotiations ever since NAFTA in the 1990s, explained the Mexican government did not sign on to any new rules on public procurement in TPP compared to NAFTA. In other words, Mexico has not been in a mood to commit to more openness than hitherto in procurement markets. What is more, Mexico’s federal state structure and party politics could be a complicating factor, Uddelohde told Borderlex.

Governments in states tend to be run by parties who are in the opposition to the party that runs Mexico at central level, he explained. “What would happen is that they would not accept, they would not ratify if they are included in a new government procurement chapter with commitments at state level”. At municipal level, the most important cities would be Mexico City, Monterrey, and Guadalajara, Uddelohde said. “Usually one or two or three of them have been, in the last ten years, governed by opposition parties”.

And Mexicans would want something in return for any such concessions, of course: “The other question is: what would Mexican industry get in return?”, Uddelohde asked.