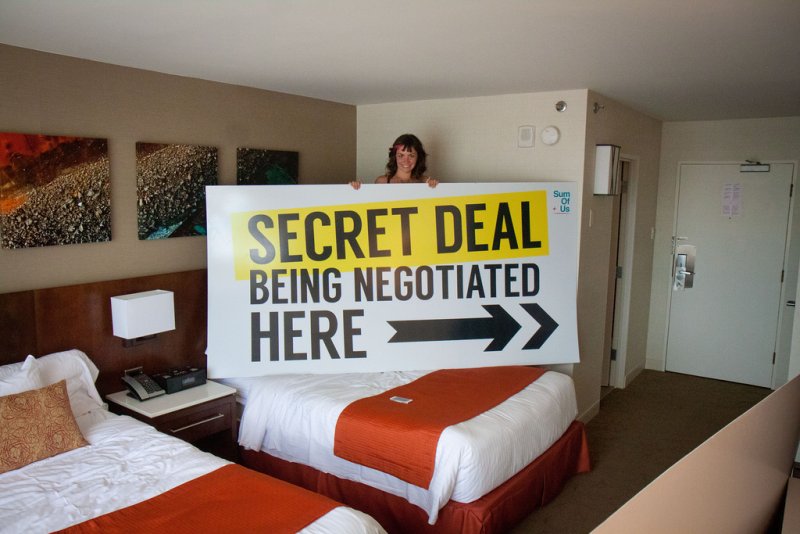 All MEPs to have access to all confidential TTIP documents

All Members of the European Parliament will have access to all categories of confidential documents relating to the EU’s Transatlantic trade and investment partnership (TTIP) talks with the USA, under a European Parliament/European Commission agreement approved by the College of Commissioners on Wednesday. The accessible documents will include the so-called “consolidated texts”, which reflect the US position.

“Eleven months of negotiations with the Commission have paid off. The result is a big win for the European Parliament – all MEPs will now be able to exercise their duty of democratic scrutiny of the TTIP talks”, said the Parliament’s Trade Committee chair Bernd Lange (S&D,DE), who led the negotiations. “The access conditions we have agreed on will increase the transparency of the TTIP process significantly. What we have achieved today will also set a precedent for the transparency of future trade talks”, he added.

MEPs will be able to read the “consolidated texts” in a secure reading room at the European Parliament, take handwritten notes and use the information as a basis for their political actions .

The agreement nonetheless ensures that the confidential nature of this information is not compromised , so as to protect EU interests and avoid weakening the EU’s negotiating position. MEPs’ “comprehensive access” will be subject to the security rules governing access to confidential documents.

As a result of pressure from the European Parliament, the European public and the EU Ombudsman, the European Commission introduced a "transparency initiative", during the TTIP talks, which made an unprecedented number of documents available to the public, with most of the documents being regularly published on http://ec.europa.eu/trade/ttip-texts.

However, only a limited number of MEPs (around 30) have until today been able to access TTIP consolidated documents classified as EU-restricted, due to their sensitivity for the EU and the US – the so called “consolidated texts” reflecting the draft compromises between the EU and the US.

This is the first time that a Framework Agreement with the Commission has enabled all Members of the European Parliament to follow the negotiations of an international agreement.