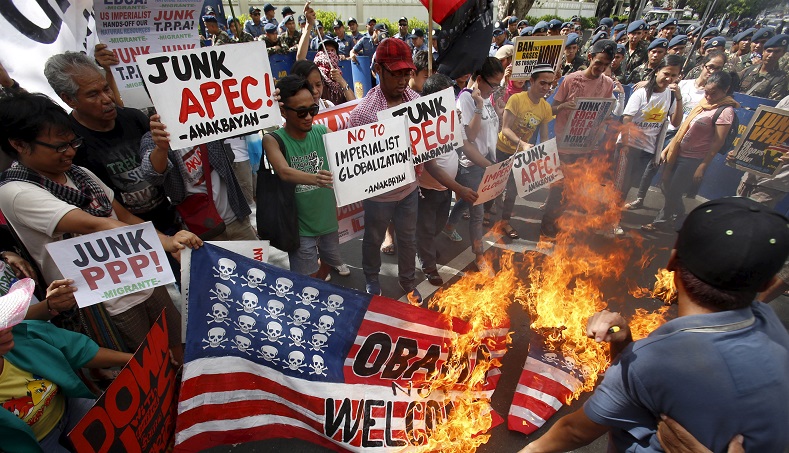 Trade ministers from the United States, China and other Asia-Pacific Economic Cooperation forum nations say a study on the proposed "Free Trade Area of the Asia Pacific" agreement is on track to be given to leaders later this year.

"We acknowledge the high quality work that has gone into the study, which is going to be one of the most important deliverables of APEC 2016," the trade ministers said in a statement Wednesday at the end of their talks in Peru. "We instruct officials to finalize the study and its recommendations according to the agreed terms of reference in order to present them to ministers and leaders this November for endorsement."

The study is expected to provide an analysis of potential economic and social benefits and costs of the free trade area, which would include all 21 members of APEC. It also will examine trade and investment barriers between countries in the region as well as challenges that members could face in realizing the agreement.

Both the Trans-Pacific Partnership between the United States and 11 other countries and the Regional Comprehensive Economic Partnership between China and 15 other countries are considered possible precursors to the FTAAP. Neither of those proposed deals are yet in force, but the TPP agreement has been concluded and is awaiting ratification by Congress. RCEP member countries hope to conclude their agreement by the end of the year.

The APEC statement said the first eight chapters of the "Collective Strategic Study" were complete and work was now focused on the remaining chapter and recommendations to leaders.