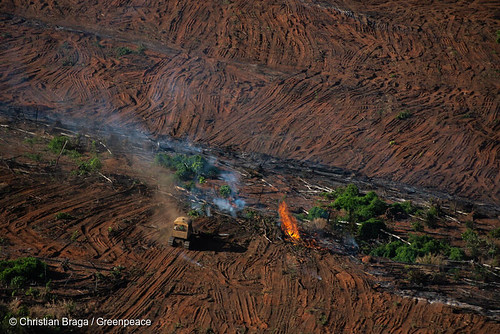 Some EU countries have raised fears about the preliminary agreement agreed last year with South American countries because of the ongoing deforestation of the Amazon and alleged lack of respect for European standards.

“We do understand that there is an environmental concern that runs through Europe and that it is valid because we have made it also our own,” said Felipe Solá, the foreign minister of Argentina which is due to take over the rotating presidency of Mercosur. “And we are willing to talk and talk about it and see what agreement we can reach, obviously.”

Solá said his country — which is one of four full members of Mercosur along with Brazil, Paraguay and Uruguay — had its own concerns about the impact of the deal on Argentina’s privacy sector.

He also insisted that any mechanism for imposing sanctions should work both ways.

“If there were to be sanctions between two big regions it would have to be reciprocal,” said Solá, speaking ahead of a virtual meeting of foreign ministers from Europe, Latin America and the Caribbean.

Germany’s Foreign Minister Heiko Maas, who hosted the meeting as his country holds the rotating presidency of the EU, said a process of dialogue between the 27-nation bloc and Mercosur was necessary, “including with civil society and businesses, that provides answers on the remaining open questions about climate protection and sustainability.”

The agreement is the result of two decades of negotiation. It would integrate a market of some 800 million people, remove most tariffs on EU exports, ease border checks, cut red tape, and strengthen political and cultural ties.