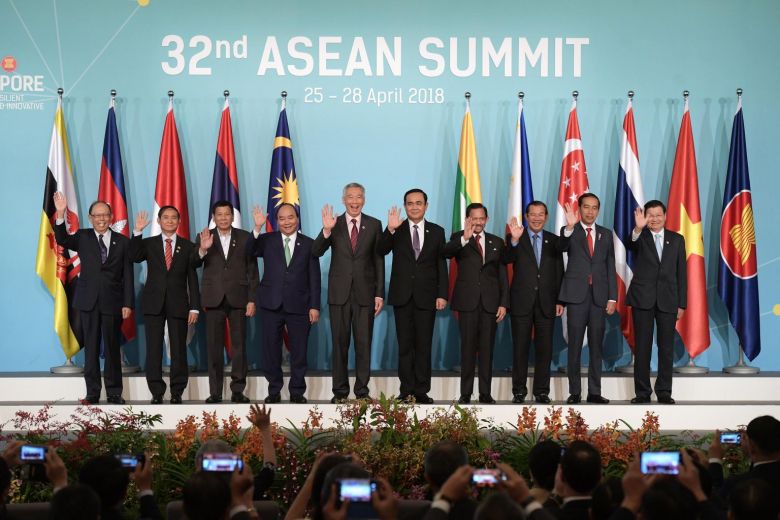 Singapore: Asean leaders on Saturday (28 April) said they were "deeply concerned" over the rising tide of protectionism and anti-globalisation sentiment, and reiterated their continued support for a multilateral trading system.

In a statement issued at the end of the 32nd Asean Summit in Singapore, the member states reaffirmed their commitment to improve Asean’s free trade pacts and deepen engagement with the grouping’s trading partners.

The leaders added that they have instructed ministers and officials to "exert all efforts" to resolve outstanding issues over a 16-nation free trade deal, to encourage the swift conclusion of negotiations.

The Regional Comprehensive Economic Partnership (RCEP) involves the 10 Asean members and six other countries including China and India.

Speaking at a press conference on Saturday, Singapore Prime Minister Lee Hsien Loong said it has become more urgent to proceed with RCEP now, after the United States pulled out of the Trans-Pacific Partnership (TPP).

The TPP was to have been a massive trade deal involving 12 countries bordering the Pacific Ocean, until US President Donald Trump withdrew from the pact.

The remaining 11 member countries - which include Singapore, Australia and Japan - are pushing on with the deal, now called the Comprehensive and Progressive Trans-Pacific Partnership (CPTPP).

He noted all Asean leaders made clear at a January summit with India that they were keen to conclude RCEP talks by the end of the year.

"All the Asean countries stated their position - that this was something which was urgent, that we would like to have a substantive conclusion and time mattered... because otherwise events would supervene, and there would be elections and the matter will fizzle out," he said.

"They’ve heard our message and they will consider their position."

Mr Lee was asked if RCEP could move forward without certain members, as with the TPP.

In reply, he said that while such an outcome was not impossible, it was important for RCEP to be concluded with the current grouping - to reflect "the regional architecture of cooperation".

"If you have fewer members it would be easier to make an agreement but there was a reason we entered into this agreement with this shape, because we wanted to bring all the participants together and to have the trade agreement reflect the regional architecture of cooperation," he added.

"I cannot say that if there’s no RCEP, no smaller groupings would emerge, but as far as effort is concerned we will work very hard to have an RCEP outcome with this present grouping of 16."