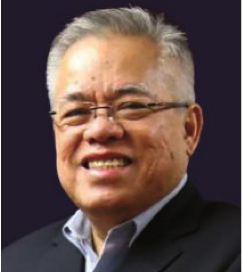 The Philippines has asked fellow negotiating countries in the Regional Comprehensive Economic Partnership (RCEP) to consider the use of “opt out and reciprocity” flexibilities to speed up the conclusion of the negotiations for the trade agreement.

Trade Secretary Ramon M. Lopez noted that these flexibilities are allowed under the Asean Charter Article 21 (Implementation and Procedure), which states that “in the implementation of economic commitments, a formula for flexible participation, including the Asean Minus X formula, may be applied where there is consensus to do so.”

This, he said, gives unprepared members the option to defer participation in specific agreements, in the process removing significant barriers to the conclusion of the RCEP targeted this year under the Philippine chairmanship of the Asean.

“We want to find solutions as soon as possible, because I think we’re nearing substantial conclusion of the RCEP. So let us find ways to solve these remaining issues,” Lopez said.

Speaking at the opening ceremony for the 18th Meeting of the RCEP Trade Negotiating Committee (TNC) and Related Meetings, Lopez urged trade officials to move forward on agreed issues and have “opt out and reciprocity” principles in place for problematic areas in the agreement.

“On behalf of the Asean economic ministers, I enjoin you to find solutions for all remaining challenges and discussions. We can apply principles used in the past to reach conclusions and consensus: either a carve out or opt out of cooperations if there are really nagging problems that cannot be resolved and won’t be resolved in the near future,” Lopez told TNC leads and RCEP chief negotiators on Monday.

Lopez said the 16-member RCEP has already agreed on chapters related to small and medium enterprises, economic and technical cooperation and, in principle, on competition.

However, hampering the progress is the nonagreement on the coverage of core market-access areas, specifically goods and services.

“Fourteen to 15 countries have agreed to slash 90 percent of applied tariffs to zero once RCEP comes into force, but if some countries are not ready after so many rounds of talks, there is a way out,” he emphasized.

This is a solution to move forward on the ambitious agreement. Also, this will ensure fair distribution of the benefits of liberalized trade to those committed, hence the reciprocity principle, added the Philippines’s TNC lead, Trade Undersecretary Ceferino S. Rodolfo Jr.

“Whoever can agree to the numbers, then go ahead and agree on them, but there’s reciprocity: if the country can’t commit to the numbers, that’s fine; they won’t receive the benefits either,” Rodolfo explained.

Under the opt-out mechanism of the Asean Minus X formula, any member, while approving an initiative, can back out of a provision or economic commitment it feels ill-prepared for, but may want to join later on.

For instance, Singapore, Malaysia and Thailand moved to integrate their capital markets in 2015, with the monetary authorities in these countries signing a framework to streamline the review process in offering securities outside their borders.

The three countries were the first to move ahead with having common disclosure rules, which form part of the commitments for the Asean integration. The rest of the Asean countries chose to join the process when they are ready.

Introducing this flexibility can also give the Philippines leeway on a particular “rule” in the agreement it is not yet ready to agree to. Rodolfo, however, refused to say what this agreement is.

With the option now on the table, Lopez, the Asean Economic Ministers chairman, is hoping the RCEP chief negotiators and technical working groups can draft recommendations and solutions before the year-end minister-level meeting of the Asean Summit later this year.

The 16 RCEP participating countries account for almost half of the world’s population and contribute about 30 percent of global GDP.