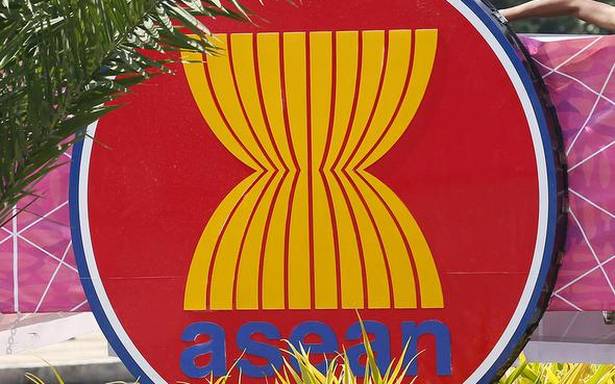 The ASEAN Secretariat has invited India to participate in a meeting called in Bali on February 3 and 4 on RCEP agreement to sort out concerns of New Delhi, an official said.

India at a meeting in November last year in Bangkok decided to withdraw from this mega free-trade agreement as its concerns were not addressed adequately by the RCEP. "India has received the invitation for the meeting but it has not yet taken any decision on this," the official said. The meeting in Bali will be held at a chief negotiator level. The RCEP, comprising 10-member ASEAN bloc and six other countries India, China, Japan, South Korea, Australia and New Zealand, is engaged in negotiations for a free-trade pact.

Meanwhile, speaking at a WEF session in Davos, Commerce and Industry Minister Piyush Goyal said, "We believe if RCEP nations provide adequate protection against circumvention of product origin rules, adequate transparency is brought in the trading practices, if non-tariff barriers can be addressed, there is scope for discussion".

Japan had earlier indicated that efforts were on to make India join the ambitious Regional Comprehensive Economic Partnership (RCEP), saying all member countries of the grouping were committed to address New Delhi’s concerns.

Speaking at the Raisina Dialogue earlier in the month, External Affairs Minister S Jaishankar said India had not closed its doors on the RCEP and would carry out a cost-benefit analysis to evaluate its merit.

"Where RCEP is concerned, we have to look at cost and benefit. We will evaluate RCEP on its economic and trade merit. We have not closed our mind to it," the minister had said.

The presence of China in the RCEP grouping had raised concerns as the Indian industry fears that the free-trade pact would result in flooding of Chinese goods in the domestic market. Several sectors such as IT and pharma have time and again flagged the issue of trade barriers which had prevented entry of domestic players in the Chinese market.

India has pitched for an auto-trigger mechanism in the RCEP agreement as a remedy against sudden and significant import surge from countries such as China to protect domestic players. India registered a trade deficit in 2018-19 with as many as 11 RCEP member countries including China, South Korea and Australia. The agreement has aimed to cover issues related to goods, services, investments, economic and technical cooperation, competition and intellectual property rights.

In such trade agreements, trading partners reduce or eliminate customs duties on maximum number of goods traded among themselves. They also relax norms like visa regime to promote trade in services and attract investments.