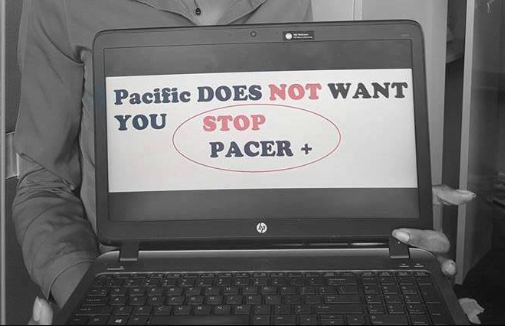 One of Prime Minister Narendra Modi’s most insightful, if low key, foreign policy initiatives was to work to deepen relations with more than a dozen island nations of Oceania. He met with regional leaders in Fiji soon after he was elected, and invited regional leaders to India the following year.

There are many reasons for the engagement. Oceania has age-old ties to India, covers about 1/6th of the planet’s surface, is increasingly strategic, has a lot of votes in international platform, substantial resources, a largely educated population, and is culturally and economically compatible with India. However, ever since the colonial period, Australia and New Zealand have considered much of the region to be “theirs”. Even India has bowed to their lead. During the most recent coup in Fiji, they told India to stay out of it, and India did. It was like India taking Spain’s advice on how to deal with South America.

The PICs on the other hand will have to open up their fragile economies to Australia and New Zealand, dropping tariffs, rewriting their regulations, getting rid of policies that protect domestic innovation, and potentially undermining their possibilities of creating new bilateral relationships with, for example, India. PACER Plus, for example, might make it very difficult for the PICs to buy much needed, low cost Indian pharmaceuticals. What the PICs get in exchange for opening themselves up to what amounts to economic regime change is very unclear.

So why did the Cook Islands, Federated States of Micronesia, Nauru, Kiribati, Niue, Palau, Republic of Marshall Islands, Samoa, Solomon Islands, Tonga, Tuvalu, and Vanuatu, agree to sign PACER Plus in June? One reason is that, while Australia and New Zealand have large dedicated teams (including from their own business sectors) to negotiate PACER Plus, most PICs have very few trade negotiators. To “resolve” that problem, Australia, New Zealand, and a few others funded an organisation to negotiate on behalf of Pacific Island Countries. The organisation’s Chief Trade Advisor, the man supposed to be advising Pacific Island countries, is not from the Pacific. He is from Ghana. Pacific Island Countries are socially and economically complex. It is difficult to know how someone who hasn’t lived the intricate social capital constructs of the region can, even with the best of intension, design a trade system that will protect food security, social stability and healthy family life in Oceania. The Australians were clear about their goals from the start. In 2002 an Australian official said: “A practical or economic interest of ours was to ensure that, whatever trade liberalisation occurred between the island countries, if it were extended to other states such as the United States, Japan or the EU, it did not disadvantage our trading position.”

Since then, Australia and New Zealand have used what Pacific Network on Globalisation has called “bullying and cheque-book diplomacy” to push through what is essentially an old style neo-liberal agreement they probably think will enhance their own position in the region, but is more likely to open the door to Chinese companies registered in Australia and New Zealand. The process of the negotiations has been problematic. Qualified, honest senior civil servants in at least one PIC were moved out of their jobs at the insistence of the larger countries due to their objections to the deal. While Australia and New Zealand regularly extol the virtues of accountability and transparency in the region, they have negotiated the agreement in secret and even now, a month before the signing, are not releasing the official text.

The two countries in the region self-confident enough to stand up to Canberra and Wellington are not signing. Papua New Guinea pulled out early on, saying the deal was completely in Australia and New Zealand’s favour. And Fiji claims it was excluded from the final meeting in part because of its objections over the “very restrictive” third party most favoured nation clause (MFN), a clause that seriously risks affecting Indian engagement in the region.

New Zealand Member of Parliament Barry Coates says of PACER Plus: “Typically trade rules have been preferential for developing countries but in this case Australia and New Zealand, as developed countries are requiring treatment at least as favourable. The MFN clause also sits uncomfortably with the “look North” approach adopted by PNG and Fiji. This will restrict the scope for future trade agreements with India and others.”

Now is the time for Indian trade negotiators to take a close look at PACER Plus not only to see what it might mean for India but also, in conjunction with their colleagues in the PICs, to help make sure this agreement will actually help the region to become stronger, not weaker, in the difficult times ahead.