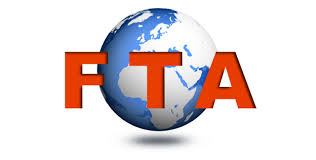 The government has planned to sign free trade agreements, or FTAs,with some African countries, including Morocco, to boost the country’s export earnings, officials said.

They said the commerce ministry is expecting to start discussion in this regard first with Morocco, a north African country.

After signing the FTA with Morocco, the government would take the move to hold talks with other African nations, they added.

When contacted, commerce secretary Md Jafar Uddin said, "We have started working on signing FTA with Morocco, aiming to address the challenges after graduation from the least developed country category."

He added that the government would sign more FTAs and Preferential Trade Agreements (PTAs) with different countries to strengthen trade ties and increase the export earnings.

"Trade with Morocco would benefit Bangladesh if we sign the FTA," a senior official of the ministry said.Bangladesh has enormous untapped trade potentials in the African region, he added.

Earlier in 2018, Bangladesh and Morocco signed an agreement on avoidance of double taxation and a protocol, according to the foreign ministry sources.

They said both sides agreed to strengthen bilateral cooperation in the areas of economic development, trade and investment, agriculture and tourism.

Bangladesh exported goods worth only US$27 million to Morocco in the fiscal year 2018-19.

In a recent day-long video conference, the governments of Bangladesh and Bhutan have agreed to sign a PTA and it is expected to be signed by August 30, 2020.

Currently, the government is also planning to complete necessary discussions through virtual meetings soon to sign PTAs with the Asian economies like Indonesia and Nepal, sources said.

"Bangladesh’s exports will boost significantly after signing the preferential trade deal. We need to sign several PTAs and FTAs before graduation,"said a source.

Experts said signing PTAs and FTAs will be helpful to address the challenges when Bangladesh will graduate to the next level.