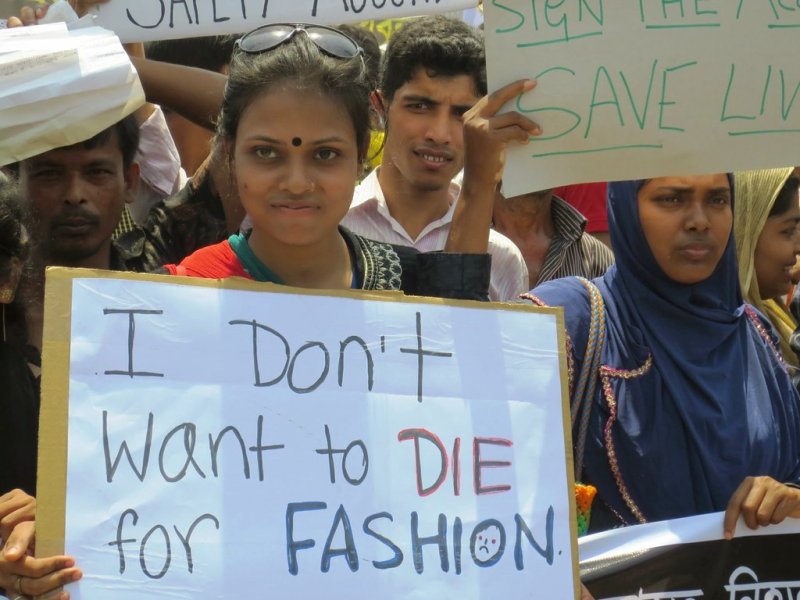 While Bangladesh may not appear to be a major player on the bilateral FTA front, it is currently under many pressures and involved in various discussions:

– The government was dealt harsh arrangements from the EU in the two parties’ trade and development cooperation agreement of 2001, through which Dhaka accepted WTO-plus demands from the EU, for instance to allow corporate monopoly rights over seeds (patenting);
– The government was in controversial talks with the US over a Trade and Investment Framework Agreement, a preliminary to a possible FTA with Washington; but decided not to sign one in 2010 after several years of discussions. The US subsequently asked Bangladesh to sign a Trade and Economic Cooperation Forum deal, but this has not yet been signed;
–  India has been pushing for a bilateral FTA with Bangladesh, but the World Bank has made clear that India would benefit more;
– Pakistan has been pushing for an FTA with Bangladesh as well;
– Bangladesh, for its part, is interested in developing an FTA with China.

Apart from all these, the government is either negotiating or considering negotiating FTAs with Iran, Turkey, Bhutan, Malaysia, Morocco and Sri Lanka.

On a regional level, Bangladesh is a member of SAARC, which has its own FTA, as well as BIMSTEC, which also aims to develop one.

Bangladesh, Cambodia look to boost bilateral trade
26-Sep-2022 Dhaka Tribune
Bangladesh and Cambodia are likely to sign a Free Trade Agreement (FTA) to boost bilateral trade between the two Asian countries.
Understanding the proposed Bangladesh-India Comprehensive Economic Partnership Agreement (CEPA)
6-Sep-2022 The Daily Star
The proposed CEPA between Bangladesh and India has three dimensions: Trade in goods, trade in services, and investment.
Bangladesh for securing SAFTA benefits in CEPA pact with India
8-Aug-2022 The Financial Express
Bangladesh will push for securing the benefits it enjoys under the SAFTA deal when negotiations on Comprehensive Economic Partnership Agreement (CEPA) start with India soon, officials say.
Dhaka, Tokyo to explore possibility of free trade agreement
17-Jun-2022 Dhaka Tribune
Bangladesh and Japan have discussed issues related to initiating a joint study towards concluding a free trade agreement (FTA) between the two countries.
Bangladesh, Japan need to sign FTA: Japanese ambassador
8-Jun-2022 The Business Standard
Japanese Ambassador to Bangladesh Ito Naoki said both Bangladesh and Japan need to sign a free trade agreement as the majority of companies from both sides want such an engagement.
RTA gets nod for stronger regional trade ties
7-Jun-2022 Dhaka Tribune
A uniformed guideline will provide Bangladesh with guidance in negotiating, signing, and implementing treaties aimed at encouraging free movement of goods and services
Bangladesh may hold talks with ASEAN countries to sign FTA: Philippine envoy
13-May-2022 The Daily Star
After the graduation to a developing nation, Bangladesh may take the initiative for holding discussions with ASEAN countries to sign free trade agreement, Philippine Ambassador said.
Bangladesh wants to sign CEPA with India in a year
25-Apr-2022 The Daily Star
Bangladesh is keen to clinch a Free Trade Agreement not only with India but also with Indonesia and Sri Lanka in a year.
Bangladesh agog to sign FTA with ASEAN
20-Apr-2022 The Financial Express
Bangladesh now works vigorously to sign free-trade agreement (FTA) with ASEAN before LDC graduation to make up for loss of preferential trading facility following exit from the poor-country club.
Govt eyes FTAs with seven countries, two blocs
18-Apr-2022 New Age Business
The government is considering seven countries and two regional blocs as potential partners for signing free trade agreements to retain duty-free market access of Bangladeshi products after the graduation from the least developed country to a developing one in 2026.
0 | 10 | 20 | 30 | 40 | 50 | 60 | 70 | 80 | ... | 180
Subscribe to bilaterals.org weekly